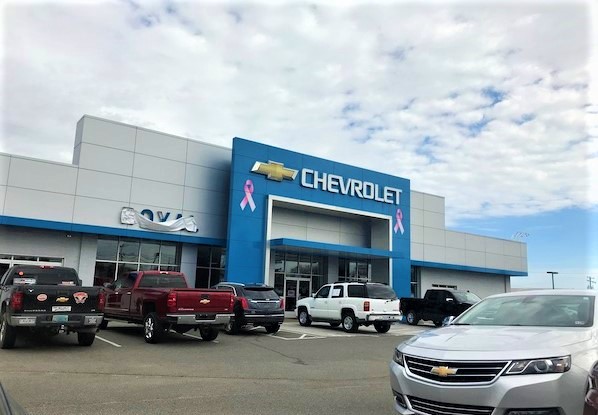 Though the remnants of a ‘Royal” sign remain, the dealership is now operated by Parks Auto Group. (Mike Platania)

As it shifts over to new ownership, a local car dealer has sold its land on West Broad to its new operator for a sizable price tag.

The buyers in the deals are entities tied to North Carolina-based Parks Automotive Group, which bought Royal’s dealership in late 2019, per an RTD report.

Parks owns four Chevy dealerships in North Carolina, and bought the local outpost from the Mugford family, who owned the land and dealership since 2002.

Parks and Royal representatives could not be reached for comment by press time. The dealership and collision center now operate under the Parks name.

The dealership sits on about 7 acres that splits the Richmond and Henrico county line. Parks bought the lot and the 55,000-square-foot dealership building for $8.8 million, per city and county property records.

The city and county most recently assessed all the parcels at a combined $10.9 million.