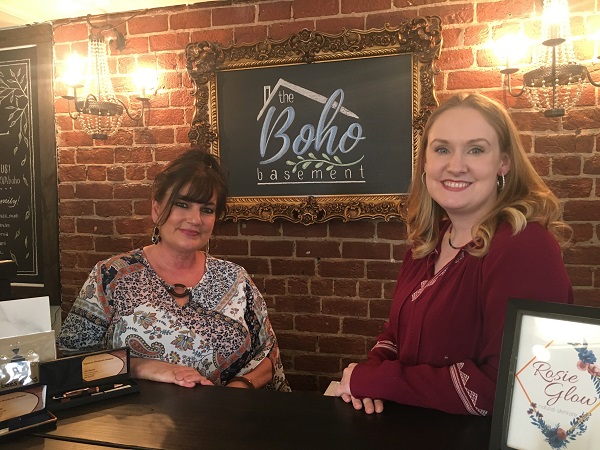 Each occupies a 718-square-foot space on the property’s Lombardy Street-facing side and each moved in early this year.

Building owner John Conrad isn’t done reinventing the space. On the Main Street side, he envisions restaurants in two 1,400-square-foot spaces. Those restaurants would split the 2,500-square-foot patio outside.

Conrad has considered splitting up Baja Bean’s 8,000 square feet since at least 2012. He got his chance in November when Baja Bean packed up after 20 years as its lease expired.

He’s betting that the smaller spaces will be a more appealing proposition for businesses looking for space in the Fan.

“I’ve found tenants like to play small ball when they can,” he said, adding that he received a couple dozen inquiries about the retail spaces and is considering a few tenants for the restaurant areas. 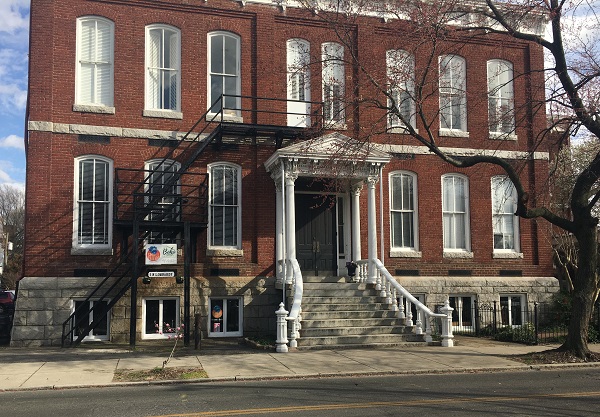 After Baja Bean Co.’s lease expired at 1520 West Main St., the building owner started renovations to pave the way for multiple tenants to rent out portions of the former bar.

The Boho Basement offers everything from furniture and artwork to candles and jewelry tucked inside its store at 1 N. Lombardy St., where it occupies Baja Bean’s former pool room.

They said they picked the space because it’s located in an artsy part of town. The building’s parking lot was another draw, as it provides an easy staging area to receive furniture. Boho Basement refinishes furniture, both pieces it sells in the store and pieces owned by clients who hire the company to do refinishing.

Looking forward, Cooper and Butters want to hold workshops and classes for local artisans to share their skills with customers.

Next door, Small Friend Records & Books relocated from its original space in Shockoe Bottom to another portion of the former bar in January. It also operates at the 1 N. Lombardy St. address though it is in a separate space from Boho Basement.

The shop buys, sells and trades books and vinyl records, both new and used. There are both fiction and nonfiction books. The store’s vinyl record stock touches on a variety of genres.

Renovations to create the two new storefronts on the Lombardy side took just a couple months, Conrad said, adding there will be renovations to the building depending on who leases the planned restaurant spaces.

Conrad is open to a single restaurant tenant taking the entire unrented portion of the ground floor. In addition to the tenant spaces, the ground floor features a hallway that wraps around the interior in a L shape. With multiple doorways throughout the ground floor, the space could take on the look of a basement-bound mini shopping center.

“It’s got several options,” said Conrad, an attorney who keeps his office on an upper floor. He’s looking to rent the 1,400-square-foot restaurant spaces, which both technically consist of several rooms, for $3,000 each per month, or $5,000 for the whole restaurant area.

Conrad would like to see a bar/restaurant as well as either a cafe or sandwich shop round out the tenants. He’s looking for something different than a college bar, he said. The plan is to complete renovations and have the restaurant tenants in place before year-end.

“We’re in no hurry. We want really solid restaurants,” he said.