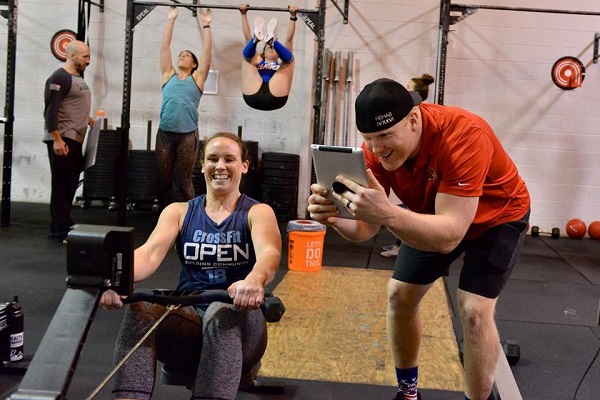 CrossFit Addict recently moved into a new location in Henrico County. However, it only operated out of the space for a couple days before it closed due to coronavirus. (Courtesy CrossFit Addict)

The next chapter in the story of a local CrossFit gym has been temporarily stymied by coronavirus.

CrossFit Addict last week moved from its location at 2256 Dabney Road in an industrial part of Henrico County near Scott’s Addition to 7115 Staples Mill Road in Dumbarton.

The excitement of a new, larger gym to accommodate a growing membership was dampened by coronavirus’s sweep through the country and state, prompting calls from government officials for people to avoid crowds and businesses to close.

Owner Trey McFerren made the call to close the new gym two days after it opened while the pandemic plays out.

“We’re closed right now. I’m trying to do what’s socially responsible,” McFerren said, noting the gym is closed through at least the rest of the month.

The new location is 6,000 square feet, a step up from the approximately 4,000-square-foot facility CrossFit Addict had on Dabney Road. It made a pit stop at a temporary location at 4016 Glenside Drive while the new space was being completed.

McFerren said the company had invested heavily in the new space, but declined to give a dollar amount. In addition to its workout areas, it features new bathrooms and showers.

McFerren plans to hold a grand opening once the coronavirus outbreak blows over, with the date to be decided. While he expressed confidence the gym would be able to survive during the outbreak, he expected some members might cancel their memberships. He declined to say how many members the gym has.

He said the gym has been able to build a strong following in the roughly seven years it has operated, and that it would be able to ride out the temporary closure.

“We will see it through,” he said. “We have a super strong community.”