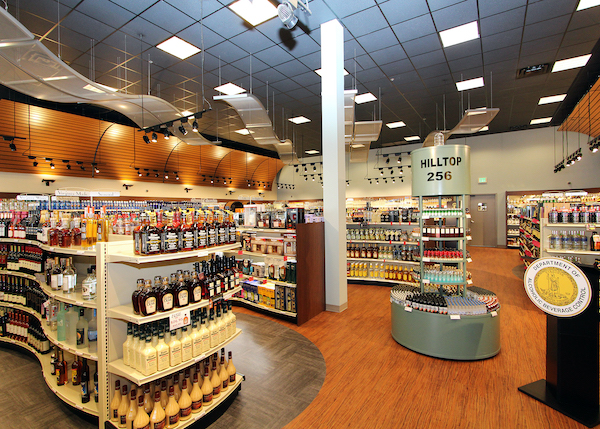 Sales from ABC stores in the region were up 64 percent last week. (Photos courtesy Virginia ABC)

It wasn’t just grocery stores that Virginians were flocking to last week as the full extent of the spread of the coronavirus began to hit home. They also were heading to the ABC store to try to keep up spirits.

The Virginia Alcoholic Beverage Control Authority reported $30.1 million in sales at its retail stores between March 15 and 21, a 59 percent increase over the same period last year, according to data provided this week by the ABC.

Locally, sales of spirits at ABC stores in the Richmond region were up 64 percent and accounted for $6.9 million of the state’s sales last week. Northern Virginia produced the most volume in the commonwealth at $11.2 million. 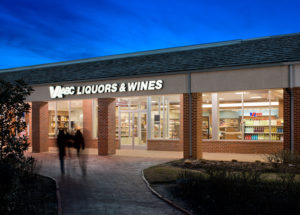 An ABC store in Williamsburg.

About 18 percent of the agency’s spirits sales come from licensees in normal times, but that number dropped to 2.5 percent last week following the changes in public health policy.

The ABC has been temporarily modifying some of its policies in an attempt to help businesses weather the effects of the pandemic.

First, it sped up the application process on beer delivery licenses as breweries scrambled to keep sales coming in while taprooms shut down. Shortly after, the agency began allowing any establishment that held an ABC license to sell beer to go and through delivery.

ABC stores are not being ordered to close following an executive order by Gov. Ralph Northam this week that restricted which types of businesses can operate. However, beginning March 27, ABC stores will have reduced hours from noon to 7 p.m. seven days a week.

ABC’s website also allows customers to buy spirits online and pick them up in-store. That typically generates $25,000 in a given week, but last week generated $100,000 in sales.

Earlier this year, the state agency broke ground on its new $91 million headquarters in Hanover. In the city, the ABC is considering moving its store in Carytown to the forthcoming Carytown Exchange development at the neighborhood’s western end.