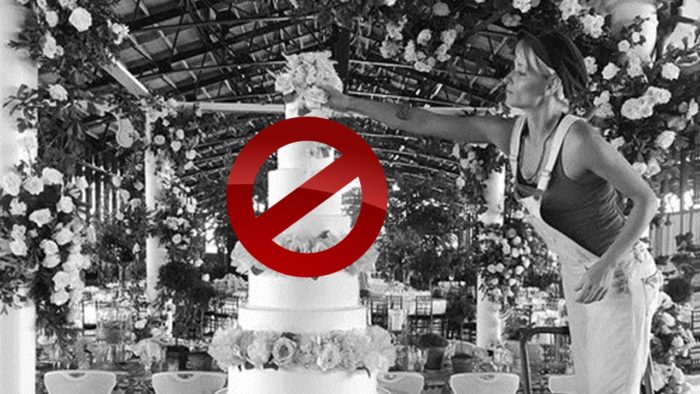 Most spring weddings in the Richmond region have been postponed due to the pandemic. (BizSense graphic; photo courtesy Amanda Robinson)

In a normal year when warm weather arrives, Richmond photographer Mike Topham usually can be found snapping portraits of smiling brides and grooms at an average of $2,500 a pop.

Laurie Blakey, owner of Pearl’s Bake Shoppe in the West End, typically would be selling wedding cakes at an average of $625 per cake every weekend. 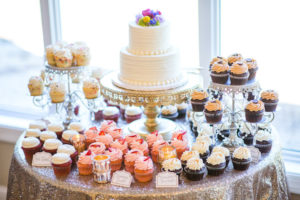 Noelle Parent, owner of Blue Sage Bridal, a downtown wedding dress consignment shop, normally would be selling an average of 20 gowns per month at around $1,200 each.

But this is anything but a normal year.

With most spring weddings in the Richmond region postponed due to the pandemic and the summer still in question because of social distancing, those in the local wedding industry say rather than gearing up for the beginning of their busy season, they’ve instead been forced to adjust their schedules, play counselor to grieving couples and brace for ripple effects that could last well beyond the spring.

“This is something that … you can’t see through it. You can only guess,” said Nina Whittleton, who owns Classic Party Rentals, a 22-year-old firm that provides tents, seating, sound, beverage and other services for weddings and other events.

“When they talk about opening the state back up in phases, we’re that last phase,” she said. “We’re that final phase because we’re in the industry where you’re going to have 50 or more people.”

With that uncertainty comes a certain amount of patience and a new service to offer – a shoulder to cry on. 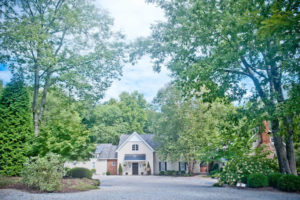 Part of The Mill at Fine Creek as shot by Mike Topham. (Courtesy of Mike Topham)

Mark Benusa, co-owner of events venue The Mill at Fine Creek and Fine Creek Brewing Co. in Powhatan, said they’re allowing affected couples to reschedule to a date within a year of their planned wedding.

“We’re just being as flexible as possible,” Benusa said. “Some couples are shifting a few months down the road, and they may need to reassess (again) at that point.”

Topham, who’s been shooting weddings in the Richmond region for over 20 years, said he’s had to console couples over the phone after they were forced to abruptly postpone or cancel their wedding.

“Those were very difficult phone calls. I was thinking to myself, ‘Oh this hurts (my business), they’re moving it to next year,’” Topham said. “But I’m simultaneously thinking, ‘This client that I’m speaking with is almost in tears, they’re really upset.’ 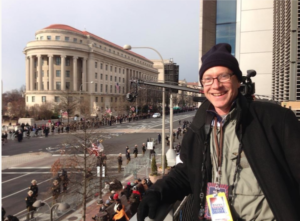 “I was, more than anything, trying to have compassion for what they’re going through.”

Parent, who in addition to selling dresses at Blue Sage is also a wedding planner, said she’s had similar calls.

“It’s kind of counseling at this point, trying to help them come to terms with what’s happening,” Parent said. “It’s just reminding people that at the end you can still get married and be married, that part can still take place. We just have to hold off on the celebration a little bit longer.”

Blakey, whose popular West End bakery also is well-known for its cupcakes, said she’s been putting herself in her clients’ shoes.

“We certainly get it. I’m heartbroken for these couples, I truly am,” Blakey said. “My own daughter got married in April several years ago; that’s where she’d be if she were getting married this year. We’d have to cancel the whole thing.” 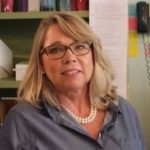 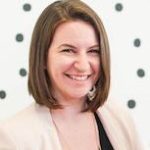 When in doubt, postpone – or elope

Some couples have been less patient than others, especially with the end of social distancing remaining open-ended. Benusa said The Mill’s had more elopements since the pandemic took hold.

“We’re definitely gearing ourselves more toward the elopement thing going forward; we’re going to start taking more midweek things just in the mindset that the big weekend weddings may shift a little bit,” Benusa said. “People may start thinking outside the box a little bit more.”

Parent is preparing for more elopements as well. She stopped taking in-person appointments at the shop, created an online shop for Blue Sage Bridal and put up many of the shop’s accessories as well as some dresses.

“A lot of couples have decided to elope now and then do the big wedding later,” she said. “So we added more casual, elopement-style dresses to the online shop as well for people who want something to wear for their elopement.” 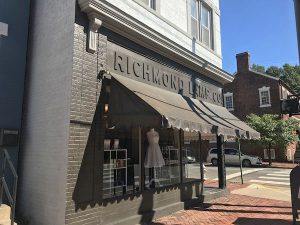 But with most couples opting to reschedule, wedding vendors said the late summer and fall, which already are busy seasons, will be slammed this year. That brings with it hope, but also potential pitfalls.

“The biggest concern is not being able to move (couples’) date to a later date in the fall,” Parent said. “At this point, there aren’t really many dates left in the fall. Even if there are dates available, I think venues have blocked off what’s left just so they can have some sanity.”

Benusa said that’s likely to be the case at The Mill, where he said they’re usually booked solid on fall Fridays, Saturdays and Sundays. His concern is what effect the especially busy fall may have on 2021.

Mark Benusa of The Mill at Fine Creek

“I think unfortunately, the negative ripple effect is that this is a time when we are booking a lot of weddings for next year. It’s definitely going to be harder to do that,” Benusa said. “It’s hard to replace this beautiful time of year now. That’s the busiest time when people are coming to tour.”

Benusa said they’re trying to help displaced couples get a feel for the venue by offering virtual tours, and so far, two couples have booked The Mill sight unseen.

“We’re trying to give as close to an experience as if they were here,” Benusa said. 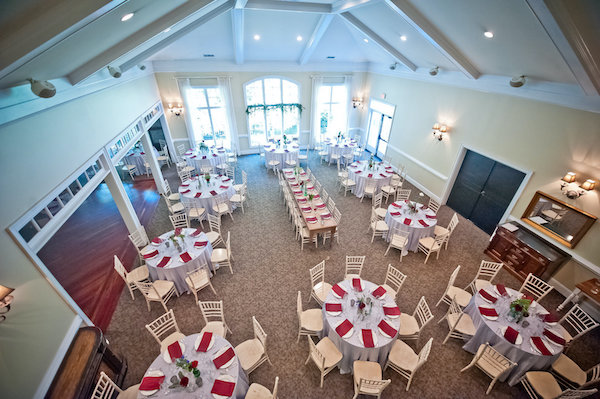 The reception area at The Mill will be empty frequently this spring. (Courtesy Mike Topham)

While postponements are better than outright cancellations, the delays have left a lot of money on the table for vendors.

Whittleton of Classic Party Rentals said she’s had nearly 150 weddings postponed in May and June, with each one expected to bring in between $5,000 and $25,000 in revenue. She said in Q2 2020, her company will bring in less than 7 percent of the revenue it earned in Q2 2019.

“We were lucky that we had a reserve … We’re just looking at it like there is no second quarter for us. Unfortunately that’s where we make a huge percentage of our money for the year,” Whittleton said.

Since opening in mid-January, Parent averaged sales of over 20 dresses per month at around $1,200 per dress, with some price tags topping $2,600. Since closing the shop temporarily in late March, Parent said she’s sold two non-elopement dresses.

Topham’s photography services average about $2,500 for a wedding. He said he’s had five weddings cancel or choose a spring date that doesn’t work for him.

Blakey said she’s closed Pearl’s retail shop and has had a skeleton crew in baking small cakes and cupcake orders for people having small parties at home. But Pearl’s business has dipped. She said they’re usually holding about four or five wedding tastes per day this time of year, and now they’re getting calls for tastings once or twice each week.

Cake shops have the added concern of dealing with perishable inventory. Blakey’s been clearing out perishable ingredients at Pearl’s and freezing what will keep for a later date — including over 1,600 pounds of butter. She said for Easter Sunday, Pearl’s made quiches that it sold through takeout. 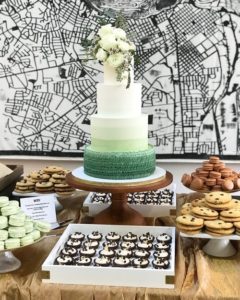 Some vendors said they foresee the last-minute changes this spring leading to long-term changes to the wedding industry.

Topham said his busy wedding season is spilling over into the winter months, which typically are his slowest. He said the pandemic may lead to more weddings year-round.

“We might start seeing weddings in 12 months in the year. For one thing, there’s less competition for your guests. It’s not like they rented a beach house that weekend, and there’s no football games in Charlottesville or Blacksburg. There are other advantages, too: hotel rates are lower and airline tickets are really low,” Topham said.

“When you factor in all those reasons, it just makes sense that we might see that happening in the next five to 10 years.”

Blakey agreed. “I do think winter weddings might be coming. If people want to get married in the near future, you’re going to see that …” she said.

Whittleton said the size of wedding guest lists for the next year or so could be quite smaller.

“That college buddy you haven’t really talked to in four years? Maybe they’ll get cut,” Whittleton said. “I think the guest lists on these weddings will be drastically cut to abide by CDC (guidelines). Otherwise they’re afraid for grandma, and grandma might be afraid too.”

For Benusa, the pandemic may bring a welcome change to the industry of couples learning to be more flexible about weddings.

“The worst thing is if you go into a wedding with this exact vision in mind, ‘it’s going be exactly like this on the day of.’ You’re setting yourself up for disappointment because you don’t know what’s going to happen, you don’t know if it’s going to rain or if so-and-so can’t make it,” Benusa said. “Hopefully people will start to focus on what’s important.”

I certainly feel the pain. I own a formal store specializing in Prom and I lost my whole season. Prom is 80%of revenue of my whole year. It could not have happened at a worse time for me either.

This really has been crushing to a lot of industries that are run primarily by small businesses. I can only hope brighter days are ahead but I do worry that this may cause some people to reevaluate their financial priorities which could do long term damage to some of these industries. Times of incredible strife in our country have altered the spending habits of consumers throughout our history.