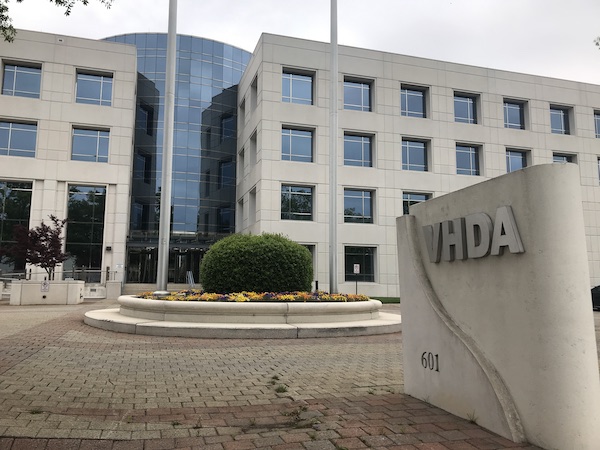 The Virginia Housing Development Authority is planning a major expansion of its headquarters at 601 S. Belvidere St. (Photos by Mike Platania)

The Virginia Housing Development Authority is eyeing some development of its own at its downtown headquarters. However, the pandemic has thrown a wrench into the plans.

The state agency, whose services include lending to individual homebuyers and low- to- moderate-income multifamily developers, filed plans with the city in late April for a roughly 108,000-square-foot expansion of its offices at 601 S. Belvidere St.

The VHDA’s general counsel Paul Brennan said the agency has been planning the expansion for years, as it has outgrown its current 224,000-square-foot office. It owns about 5.5 acres of land just east of Oregon Hill. 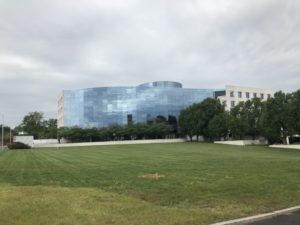 The state agency’s outgrown its current building, but the pandemic may tie up its funds for the expansion.

But in light of the coronavirus pandemic, Brennan said the agency is slowing down its timeline and proceeding with caution as it watches the market.

“It’s been going on for a long time. That’s why this timing is unfortunate,” Brennan said.

“In the current environment, it’s very uncertain for loan servicers and what our liquidity needs are going to be. I think we’ll be fine, but there’s a combination of wanting to do this and wanting to have liquidity to meet our business obligations,” he said. “Our delinquencies were up in April, and we expect it to be worse in May.”

Brennan said though the expansion is on pause, they’re likely going to seek city approval of the plans, with the hopes of resuming the project in the fall.

The expansion plans call for an additional five-story office building totaling over 100,000 square feet on top of the current VHDA parking deck, along with a new two-story underground parking deck with over 200 spaces at 111 Spring St. near the Virginia War Memorial, which recently completed a $26 million expansion. 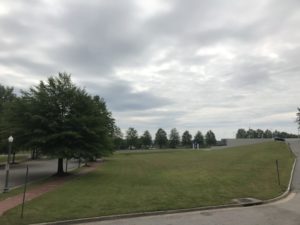 A roughly 1-acre plot the VHDA owns at 111 Spring St. would house a new parking deck.

Hourigan is the general contractor, Commonwealth Architects is the architect, and Draper Aden Associates is the engineer.

The project cost is still being decided, Brennan said. In mid-June the VHDA’s board will meet, and Brennan expects an expansion decision will be made.

“We’ll see where we are in June or when the economy opens up again,” he said. “We’ll give the board an update on the market, then they’ll have to decide what to do with the (expansion).”

As the VHDA outgrew its downtown space, Brennan said the agency leased space in Innsbrook about a year ago, where it has about 150 people working. The goal of the expansion is to bring the whole staff under one roof within five years.

“The idea is to get everyone back together at the headquarters,” he said. “That’s the ultimate goal.”