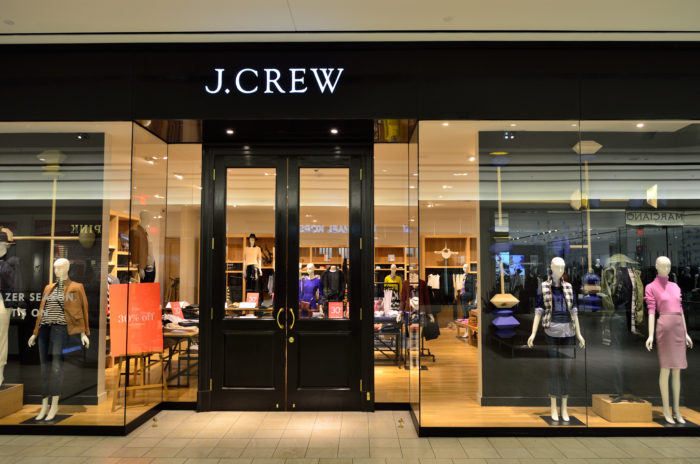 While much of the Richmond economy remains in coronavirus limbo, local corporate bankruptcy attorneys were tossed a big fish on Monday – and it’s a gift that will keep on giving for the foreseeable future.

J. Crew, the New York-based national clothing retailer whose struggles in the years prior to coronavirus were well-documented, on Monday sought the safe haven of the Eastern District of Virginia’s bankruptcy court in Richmond to file for Chapter 11 bankruptcy protection.

Eighteen entities, including parent company J. Crew Group Inc. and Madewell, the company’s denim brand that it at one point had looked to spin off and take public, each were put into Chapter 11 in Richmond.

That means immediate work for several local law firms and attorneys, and likely more to come as the case runs its course toward a deleveraging of the debt-ridden retailer.

The most prominent win among the local attorneys was snagged by Tyler Brown and Nathan Kramer of Hunton Andrews Kurth, who are running point on the ground here as local counsel for J. Crew’s New York-based legal counsel, Weil, Gotshal & Manges.

Others from local firms being called upon during the case’s first-day measures included Paula Beran of Tavenner & Beran to represent the creditors committee, as well as Douglas Foley and Sarah Beckett Boehm of McGuireWoods, Christopher Jones of Whiteford Taylor & Preston and Lawrence Allen Katz of Hirschler, each representing various creditors. The list of creditors includes big lenders such as Bank of America and large landlords, such as mall owners Taubman Centers and Simon Property Group.

J. Crew is the second national retailer to land in Richmond for bankruptcy in as many months, following Pier 1 Imports’ stumble into Chapter 11 in February.

It was attracted, like many before it, to the Richmond division of the U.S. Bankruptcy Court, housed in the federal courthouse on East Broad Street, thanks to its reputation for handling lengthy corporate bankruptcies in a way that some view as favorable to large debtors.

Toys ’R Us and an army of lawyers arrived here for the same reasons in 2017, in a case that continues to play out here. Pier 1’s case also continues to play out, albeit via phone conferences while in-person hearings are not being held during the social distancing shutdown.

J. Crew’s main lenders include Anchorage Capital Group, GSO Capital Partners and Davidson Kempner Capital Management, which have agreed to provide $400 million in financing for the retailer to continue operations, as well as funds to allow it to eventually exit Chapter 11. The plan includes converting approximately $1.65 billion of the company’s funded debt into equity.

J. Crew has struggled in recent years as the internet has changed how customers shop and how clothing companies produce and disseminate their fashions. Those problems were, of course, exacerbated by the coronavirus shutdown closing J. Crew stores, including its lone Richmond-area store at Short Pump Town Center.

The company said its online sales, which represent more than 50 percent of its total revenue, continue to operate. It said it plans to reopen its retail stores as states begin to lift social distancing restrictions.

Thanks to the Bankruptcy Code (Section 507(a)(1)), attorneys get paid first in these large ch. 11 cases.

I am an attorney who practices regularly in the Eastern District of Virginia. I do not know enough about trends in the local bankruptcy courts to comment on whether these courts are favorable to large debtors. I can tell you that the major attraction of courts here is the efficiency with which cases are managed. There is a “corporate culture” of prompt no-nonsense adjudication of everything that walks through the door. In fact, there is a motto carved in stone in the courthouse in Alexandria. “Justice delayed, justice denied.”