Six months after it was resurrected in the face of nearly $3 million in trustee funds gone temporarily missing, the back-from-the-dead bankruptcy case of LandAmerica Financial Group continues to play out in Richmond federal court.

The most notable movement in the case since BizSense reported its reopening late last year came in January, when newly appointed trustee Benjamin Ackerly, a veteran of Hunton Andrews Kurth, reported to the court that original trustee Bruce Matson cut a check for $2.88 million to be paid to the LandAmerica trust account. 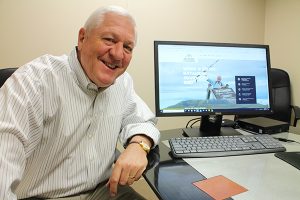 The whereabouts of that seven-figure sum was the cause of the case’s revival in October, four years after it was seemingly brought to a successful conclusion.

LandAmerica was a Henrico-based title insurance giant that was abruptly toppled in November 2008. Matson, a longtime LeClairRyan attorney before that firm’s collapse last year, had earned accolades in the world of bankruptcy law for recovering a substantial sum for LandAmerica’s creditors.

But the discovery last summer that nearly $3 million in remaining funds had been removed from the LFG trust account and split into personal accounts of Matson and his associate Robert Smith, and their wives, forced the case to be reopened and a new trustee to be appointed.

The funding discrepancy was brought to light last August by Protiviti, which works as a financial advisor on bankruptcy cases, including those of LFG and, more recently, LeClairRyan.

The money had been set aside upon the initial conclusion of the LFG case to allow Matson to manage any extra expenses during the so-called wind-down process.

At some point in early 2019, court records show, the funds were transferred to those personal accounts of Matson and Smith. While Matson and Smith said they had explanations for moving the funds, Matson told the judge in the fall that the money was accounted for, and he ultimately cut the check to Ackerly, who included the check in his report to the judge in January.

Ackerly, who was appointed as a replacement trustee despite Matson’s pleas to stay on the job himself, now is tasked with tracking the transfers and distributing the remaining funds. He’s being paid $600 an hour for his services, money that comes out of the remaining funds.

Hunton’s Tyler Brown is leading that part of the effort. Brown said last month that Ackerly and his team are still investigating the matter, going through documents and bank statements to do a reconciliation of all related funds.

Brown said they expect to do some interviews in the case, but that the coronavirus has slowed down the effort as court schedules have been affected by mandated social distancing.

The balance of the trustee account stood at $2.74 million as of the end of February.

Ultimately, as agreed upon when the case was reopened, of the remaining funds in the account, $70,000 would be paid to the LeClairRyan bankruptcy estate for work that was done on the case when Matson was still at its helm. Then, anything left after Ackerly’s work is done would go to creditors. Anything left after that, if it’s less than $100,000, would be paid as a charitable distribution to CARE (Credit Abuse Resistance Education).

Somewhere there are a lot of severely damaged small investors who had entrusted their life savings with Landmark–reportedly some up to the day before the bankruptcy filing–who then had to pay taxes, interest and penalties to the IRS because their money was not placed where it was promised. And still, the case was resolved “successfully”? The lawyers are divvying up the recently “found” cash and the courts are complicit. How can that be called a success?

Bruce, the case was “successful” because Matson distributed 80 cents on the dollar to creditors, a significant recovery for unsecured creditors who usually only recover 10-30% of their claims in large ch 11 cases.

The DOJ/state AGs are responsible for pursuing justice on behalf of the aggrieved small investors, not the Bankruptcy court.

Bruce:
The courts were certainly not complicit. The real executive summary is that, in the Eastern District of Virginia, there are well-established processes in place to monitor bankruptcies as they progress and to audit funds subject to control by the bankruptcy courts. In addition to an active and vigilant US Trustee’s office, there is a “corporate culture” in the bankruptcy bench and bar of low tolerance for delay and shenanigans.

I have handled bankruptcy proceedings in North Carolina, Ohio, Georgia and Virginia. I can assure you that Virginia’s bankruptcy system is one of the best in the country.

C. Jay,
Would beg to disagree on the assertion that there’s a “bar of low tolerance for delay and shenanigans.” I just got a check from the Circuit City trust last month 12 YEARS after their initial filing.
It seems to me the lawyers always seem to do pretty well with these things. Everybody else? Not so much.