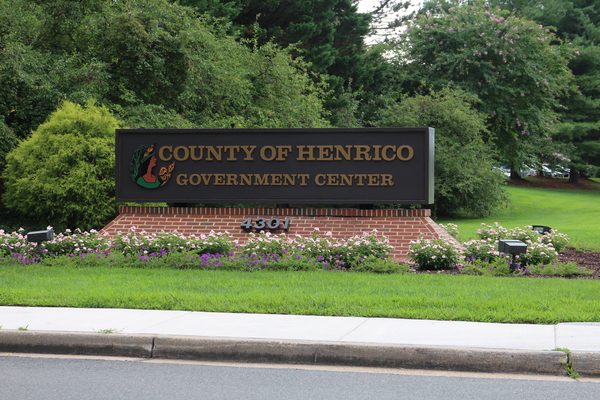 The $1.3 billion fiscal plan, which closes a $12.8 million budgetary gap with additional spending cuts identified in recent weeks, remains largely the same as what County Manager John Vithoulkas presented in a briefing in mid-April, but with those further cuts detailed and a somewhat clearer picture of what the year might hold. 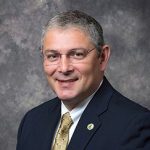 County supervisors are slated to vote on the revised plan, which retains the current real estate tax rate of 87 cents per $100 of assessed value, at their regular meeting today that starts at 7 p.m. While a public hearing on the plan will precede that vote, it will not be citizens’ last word on the budget, which administrators said they would revisit regularly – and likely revise quarterly – throughout fiscal year 2021.

“We’re going to continue to receive public comment for the next year,” said Meghan Coates, Henrico’s deputy finance director, referring to what County Manager John Vithoulkas described as a quarterly appropriation approach to the 12-month period that starts July 1, in light of the economic uncertainties in a time of coronavirus.

Despite the challenges inherent in trying to forecast an economic downturn that continues to play out, Vithoulkas said Henrico’s economic forecasts have so far proven out, based on a conservative, worst-case-scenario approach to projections.

“We’re just now starting to get a picture of what this looks like for us,” Vithoulkas said.

“When I first saw the revenue estimates, I was a little concerned are we going too far, too deep? The reality is they’re spot on right now. The worry is that, with some of the unemployment numbers, do we go far and deep enough?” he said.

Those numbers show that more than 21,000 people in Henrico filed initial unemployment claims by May 2, on par with neighboring Chesterfield County and about 1,000 above the City of Richmond, according to the latest stats from the Virginia Employment Commission. Vithoulkas said those numbers represent north of 10 percent unemployment for the region.

“With 21,000-some unemployed folks in Henrico right now, there are going to be impacts going into next year,” he said. “I don’t think we get right back to where we were.”

In light of that expectation, the county plans to keep intact a work group of about 40 employees from general government and schools who volunteered to help identify ways to save, to keep that process going for the fiscal year. The group will continue vetting comments submitted to [email protected], having reviewed 150 emails totaling 92 pages’ worth of comments so far, Vithoulkas said.

One idea that came out of that process was to provide a retirement incentive, which Coates said is anticipated to create $1.5 million in savings. Supervisors are expected to adopt the program today, after which Coates said specifics would be shared with employees.

Coates said as many as 500 employees are eligible for the incentive, adding that the $1.5 million savings projection is based on a 20 percent participation rate, or as many as 100 employees. She said the savings would come from holding those positions vacant for a period of time after employees retired, and hiring replacements at lower salary levels if possible.

The rest of the cuts were identified by department, with each asked to come back with reductions amounting to 5 percent of its operating budget. Coates said many came back with more, understanding that a bare-bones operation could prevent cutting jobs – an option that Coates said was considered in the process but discouraged by supervisors.

Other reductions came from parks-and-rec event funding, new-materials funding for libraries and cuts made by the school district, which reduced department budgets by $2.5 million above their requested 5 percent reduction.

Coates said general government departments identified $1.5 million above their requested 5 percent cut, including funds for travel, supplies and equipment. A general obligation bond refinancing produced $800,000 worth of savings, she said, and the parks and libraries events-and-materials cuts amounted to $1.5 million saved.

The budget retains a previously planned increase to the county’s exemption threshold for business license taxes. The increase, from $400,000 to $500,000, is expected to exempt nearly 15,000 businesses, or more than 78 percent of all licensable businesses in the county, from paying the so-called BPOL tax, or Business, Professional, Occupational License tax.

Vithoulkas described the exemption as one of several efforts to support businesses in the county that Henrico has taken beyond the budget process.

He said a $2 million deposit that the Henrico Economic Development Authority made to Virginia Community Capital had retained 261 jobs so far and supported 23 loans exceeding $3.3 million. Through its “Nourish Henrico” program, the county had spent $150,000 reaching out to over 200 restaurants to purchase meals for emergency responders, custodial staff and other front-line workers.

Other efforts have included an ordinance offering temporary relief from penalties and interest on several taxes. Businesses will not be charged penalties or interest on late meals and hotel tax payments due through Aug. 20, if the taxes are paid by Aug. 20. Vithoulkas said the move was meant so businesses could put those funds toward paying employees if needed.

He said the EDA also has an internal group that’s reached out to more than 1,000 local businesses by phone to help them prepare for the state’s phased approach to easing business restrictions and reopening the economy, with the first phase scheduled to start this Friday.

“That type of outreach, in the next two weeks or so as these restrictions ease, we hope to be able to, with an incremental reopening, offer them guidance,” Vithoulkas said. “The approach is a gradual reopening with the understanding that there will be a reopening and a longer-term approach towards some sort of normalcy.

“The premise is that we’re not going to live in caves for the rest of our lives,” he said. “We’re going to ask our residents to be responsible, to make sure that they have facial coverings, do social distance, but the premise is that there has got to be a gradual move forward to eliminate more harm being done to our local economy.”