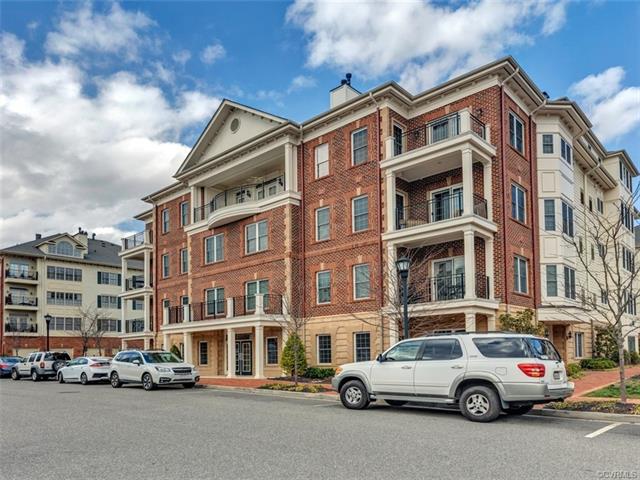 Correction: The penthouse unit at The Tiber that was listed in March remains on the market. An earlier version of this story incorrectly reported that it was under contract.

A top-floor penthouse unit in the heart of a West End condominium complex out-sold all other local residential real estate transactions in April, according to the Central Virginia Regional Multiple Listing Service.

Susan Fisher with Virginia Properties Long & Foster had the listing, representing the seller, Doris Towe, who purchased the unit for $1.33 million when it was built in 2015.

Fisher listed the unit Feb. 16 with a no-show provision until Feb. 20. She said they had 12 showings that day with multiple offers on the unit, which she said Towe had extensively customized with her husband Mark. Fisher said the retired couple moved to the West Coast to be closer to their daughter.

“We put it on the market on a Thursday, and we thought we would not really look at offers until Saturday. You never know how many you’re going to get at that price point,” Fisher said. “We received an offer the first day on the market, and that drove us to call everybody who had seen it that day, and we had four offers on it in one day.” 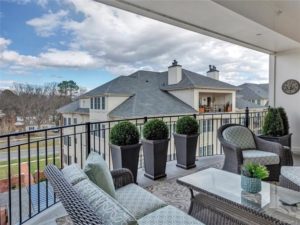 Fisher said the unit stood out from others she’s seen at Monument Square for its height that she said exceeds neighboring buildings, providing views from a recessed vantage point off Monument Avenue.

“I’ve sold a lot in there, and it was an outstanding unit,” she said. “These folks had customized it above and beyond what typically happens there. It was pristine. I called it ‘penthouse perfection.’”

“They had added so much custom molding, they did top-of-the-line appliances, lots of lovely built-ins. They did a fantastic job,” she said. “It definitely was the best penthouse I’ve seen over there.” 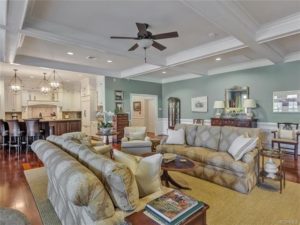 The condo is the second unit at Monument Square to top monthly home sales in the region in recent years. The unit below it, 250 Finial Ave. Unit 4A, led area home sales in May 2015 when it sold for $1.31 million after two years on the market.

Other high-dollar West End condos also appear to be selling. A penthouse unit at The Tiber in the Libbie and Grove area was listed at $1.89 million in March.

Rounding out the top five home sales for April were, according to CVRMLS:

I’m absolutely amazed at that price for that location. You can get an actual townhouse on the real part of Monument Avenue east of 195 for that.

One key element for these condos is they offer single floor living and no maintenance, which is difficult to find on Monument Ave (One Monument Ave being an exception). As a city home owner I totally agree with you, but some people see the massive difference in property taxes and they jump right across the county line. These condos are a great example because they come with a much lower Henrico Co . tax rate (and lower water rates).

It is so interesting that someone would pay a few extra hundred thousand dollars to save a little bit each year on real estate taxes and water rates. To each their own..

While I agree with you, I know multiple people who have specifically purchased homes right over the county line. Property taxes and trust in local government are the commonalities stated.

For this specific 4K sq. ft. condo, there is only one true comparable like it on a single floor, and that is the $1.89M penthouse listing in The Tiber on Libbie.

It’s a money savings, but pretty minor at these numbers. I think people are still bizarrely scared of the city, to the point they will take a notably worse location to avoid it.

Ironically many city houses are low maintenance thanks to the brick and lack of yard. Places like this still have maintenance, only it comes as a maintenance fee. Pay a lawn service and you have much the same thing…

It’s still a legitimate concern if you have school-age children. Richmond public high schools have the lowest graduation rate in the state.