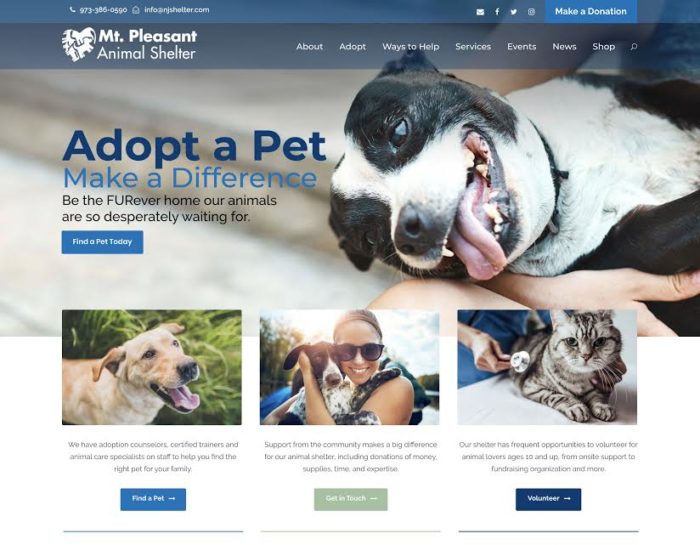 A screenshot of the website Jonas Marketing created for Mt. Pleasant Animal Shelter.

Whittington Consulting created a mobile app for Hanover County Economic Development that lists restaurants in the county that are open for takeout and delivery. Designed to complement the department’s efforts to support the county’s food and beverage businesses, the app includes an up-to-date list of restaurants and allows users to pin favorites and call and order directly from restaurants’ websites.

Familiar Creatures worked with Spang on a commercial as part of its Keep Calm and Nom Nom campaign. The ad encourages Richmonders to order takeout or delivery using images of food from local restaurants. The 30-second clip is being promoted through paid advertising and organic social media.

FC_NomNom_16x9 from Familiar Creatures on Vimeo.

Hue & Cry hired Scott Friske as executive producer. Friske was an EP with the studio when it spun off from The Martin Agency in 2014, and he was the EP for and helped launch Running With Scissors, Martin’s in-house production group that morphed into Superjoy late last year. Friske most recently was at Shipping + Handling in California.

Elevation hired Janell Dutchess as a paid digital media manager. She was formerly at Pinckney Hugo Group in New York and has a bachelor’s degree in marketing from SUNY Oswego and an MBA from D’Youville College. Lauren Prezioso was hired as an account manager. The Virginia Tech grad was previously a project manager with Elevation and most recently was at Marriott International. 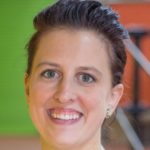 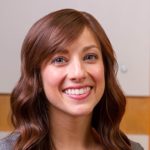 Richmond Region Tourism released a video called “When you are ready” as part of National Travel and Tourism Week May 3-9. The 90-second clip consists of images of local tourist attractions with the tagline “We’ll be waiting for you.”

NDP launched a drunk driving awareness campaign for Virginia Department of Motor Vehicles’ Checkpoint Strikeforce. The agency had secured media placements for the campaign pre-coronavirus and shifted its assets in light of social distancing guidelines, replacing scenes of people partying together with animation of an adult enjoying a Cinco de Mayo beverage at home with his pets. The campaign includes digital, social media and out-of-home media channels.

A billboard from NDP’s campaign for DMV’s Checkpoint Strikeforce.

Lewis Media Partners is promoting free video lessons and other educational resources designed for grades K-12 for Great Minds, a D.C.-based public benefit corporation. The agency was gearing up to launch the nonprofit’s first integrated national media campaign this fall but pushed up its work in light of COVID-19 school closures.

VCU Brandcenter will hold this year’s annual recruiter session online through a collaboration with Working Not Working, an industry search platform. The weeklong session will be held May 11-15, with profiles for the 103 members of the Class of 2020 posted on the platform May 11. 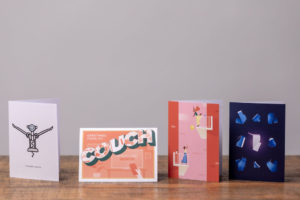 The greeting card set by Think and Worth Higgins.

Think worked with Worth Higgins & Associates on a greeting cards set called “Thinking of You.” The cards were distributed locally and are available at no cost on the local printer’s website.

Think was hired by Entire Productions, an event and entertainment production company based in San Francisco, to redesign its logo and brand identity. Newport News-based BayPort Credit Union hired the agency for illustration and design to be used for print collateral and web. Heinz Insurance in Chester hired Think to develop a brand identity system, user experience strategy and website.