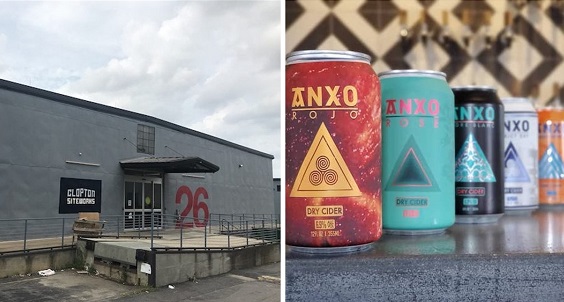 After showing up in Richmond about nine months ago without a public-facing operation, a cidery from Washington, D.C. is expanding in the Southside.

Anxo co-founder Jason Burnett said the forthcoming fermenting and cider-making operation is the next step in the company’s plans for Richmond.

“At that point (last fall) we weren’t yet ready to go with a full winery. But we’re now taking that next step … I think Richmond will be a growing part of Anxo and we’re really happy with what we’ve experienced thus far,” Burnett said.

Clopton Siteworks is a project by Lynx Ventures that included redeveloping over two dozen tobacco warehouses. Anxo, which has two locations with restaurants in D.C., leased 5,000 square feet in the development last fall, which it used to store kegs and cans of its cider. 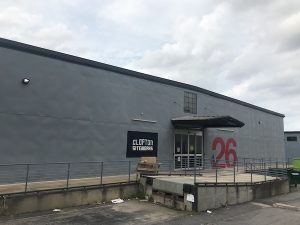 “This will complement our locations up here in D.C.,” Burnett said. “We get a ton, literally hundreds of tons, of apples from Virginia. So having a location that’s closer to our farmers will make some operational sense.”

Burnett said they’re not sure if the cidery will have any public-facing tasting room, and as of now, Anxo is applying only for a license to sell cider for off-premises consumption.

The fermentation hardware itself will be quite smaller than Anxo’s D.C. facilities. In D.C., Burnett said they produce about 100,000 gallons of cider per year, whereas the Richmond facility will produce about 5,000.

“It’ll help work out the kinks in a system when you’re working on a small scale to get things going smoothly,” Burnett said.

He said they’re aiming to get the facility operational this fall.

Revenue for Anxo, whose distribution map is primarily on the East Coast, has dropped since the pandemic hit, Burnett said. The company, much like many other local beer and cider makers, has leaned into delivery and takeout to float it in recent months.

“We’re doing OK. Our revenue is quite a bit less than what it was as a restaurant,” Burnett said. “I’m actually strangely optimistic that we’re going to come out of this with a different business model that I’m pretty excited about.”

Elsewhere in Clopton Siteworks, one of Anxo’s neighbors is food-and-beverage incubator Hatch RVA. In March, Hatch launched food relief in support of people struggling during the coronavirus pandemic.

Dubbed Hatch Helps, the program was launched as a Richmond branch of the national World Central Kitchen, a D.C.-based nonprofit that responds to international disasters by offering meals to people affected.

Hatch, which acts as a coworking space for local consumer goods companies, has had some members scale back their activity due to the pandemic’s disruptions, which created an opportunity to use the 20,000-square-foot facility’s resources to pump out meals and support the surrounding community.

Hatch Executive Director Austin Green said last month the group had made and distributed 400 meals through an initial batch of vegetarian lentil soup.