A local brewery has permanently shuttered its downtown taproom as it looks to dip its toe into distilling at its Goochland headquarters.

Lickinghole Creek Craft Brewery’s satellite location at 1717 E. Franklin St. in Shockoe Bottom closed in the early days of the pandemic and will not reopen, CEO Lisa Pumphrey said Thursday.

The brewery’s Goochland headquarters and main production facility, based on a farm at 4100 Knolls Point Drive, remains operational. It opened on the farm in 2013. 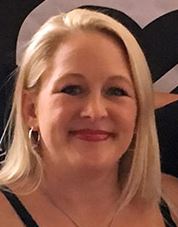 Pumphrey cited the coronavirus as a reason for not renewing their lease at the Shockoe space.

“My background is in biology and microbiology, and watching the pandemic … I just believe it’s going to be a long-lasting situation and the restaurant model is not a viable business option in 2021,” Pumphrey said. “It’s not that we wouldn’t go back, but I’d want to own the building and not be paying a lease.”

Lickinghole opened in Shockoe in November 2017, shortly after it announced a $14 million expansion of its Goochland headquarters, which included $300,000 in state grants, provided it hit metrics such as creating 59 new jobs by 2020 and sourcing the vast majority of its ingredients from Virginia.

The expansion plans initially called for a satellite Lickinghole taproom in Lynchburg, but the brewery switched paths a few months later and opted for the Shockoe location. The $300,000 state grant at the time was to be matched by Goochland and Lynchburg, and it’s unclear what the status of that funding is.

In lieu of keeping the Shockoe spot going, Pumphrey said they’re now adding a distilling operation on its farm in Goochland to make liquor, including whiskeys, vodkas and gins.

“We have over 200 acres of fields and grain, so we can easily supply our own grain,” she said. “It’s the same concept (as a brewery). It’s a craft distillery with so much open to you with the different time periods of aging.” 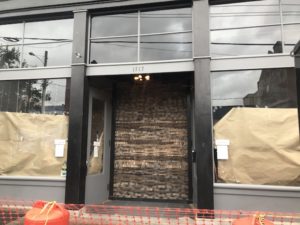 Lickinghole’s sign has been removed from their Shockoe taproom. (Mike Platania)

The Shockoe taproom’s brewing equipment has been removed and converted in Goochland to make hand sanitizer, Pumphrey said.

Lickinghole’s downtown space had been set to be taken over by a nearby operator, but that deal fell through.

Ashley Ramsey, owner of the Minibar Richmond around the corner at 14 N. 18th St., said she’d been in talks to take over Lickinghole’s lease in the early days of the pandemic.

“We were trying to get the lease from them because they were moving out,” Ramsey said. “Then (coronavirus) happened, and I was like, ‘I don’t think this is going to work out.’”

Meanwhile Ramsey said Minibar, like so many other restaurants in the city limits, has been leaning on takeout to stay afloat.

“It’s slow but it’s doing much better than we expected,” she said. “It’s not the time to be opening a new restaurant right now. We’re just trying to keep things going over at Minibar.”

Current commercial real estate rents are not sustainable nor merited. Time for them to adjust and adapt or we’ll have even more empty storefronts. Is the era of the commercial speculation market over?

Agreed. I’m also interested in seeing if the adoption of the work-from-home model will stick around for some businesses and if so, how will this affect commercial office space rentals.

From the article: “$300,000 in state grants, provided it hit metrics such as creating 59 new jobs by 2020 and sourcing the vast majority of its ingredients from Virginia.”

That such government programs exist (whereby the state involves itself in picking winners and losers in the private sector) would make our founding fathers say, “Wait, What?!”