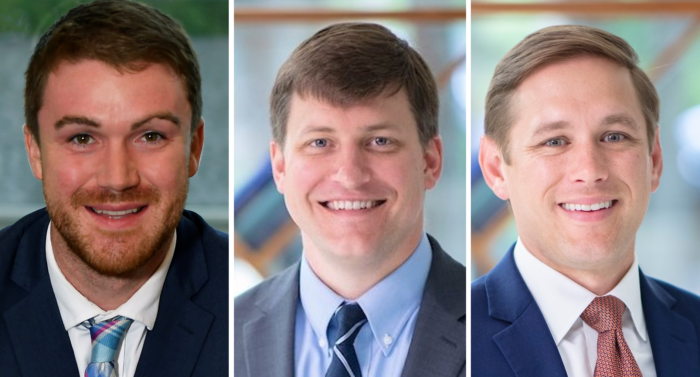 By way of Indianapolis, there’s a new financial advisory firm in town.

The move gives Valeo, an Indianapolis-based firm that manages over $4.9 billion in assets, a presence in the competitive Richmond market. Its four other offices are in Colorado, Indiana, Michigan and Minnesota, though it has clients in 43 states and has seen “recent, notable growth” on the East Coast said Greg Fulk, chief operating officer.

“Knowing them and how Atlas ran their business, I think they would’ve been a great fit under all circumstances, but given some of our recent growth over there, it just made it even better,” Fulk said. “We want good people on our team, and we’re willing to go where good people are. But, looking at the Richmond market, we think it’s underserved from a fee-only financial advisor standpoint.”

PJ Wallin, founder of Atlas Financial Group and now a financial advisor with Valeo, said Atlas brought with it around $75 million in managed assets, a client base with a net worth totaling over $200 million and an office at 9020 Stony Point Parkway. The six-month transition began in October 2019 and was finalized on April 1. Fulk declined to comment on terms of the deal.

Before founding Atlas, Wallin worked at KPMG, Heritage Wealth Advisors and Verus Financial Partners after earning his undergraduate diploma and master’s degree in accounting from the University of North Carolina at Chapel Hill. He first got connected to Valeo through Brian Wright, a financial advisor with Valeo in Indianapolis since 2016 and who also had started a business before joining Valeo.

The two kept in touch, and last March, Wright reached out to Wallin, which led to a meeting in Richmond with Wallin and Fulk. Then, Wallin agreed to meet with Valeo in Indianapolis.

“I don’t think we really before that had any intentions of merging, but I started to see the benefits of a larger infrastructure,” Wallin said. “As a business owner, you’re the chief ‘everything’ officer, and there were certain things that I, you know, certainly didn’t really enjoy when it came to the administrative and internal side of things.”

Valeo offers financial planning and wealth management services to about 1,600 clients nationwide, and it focuses mostly on high-net-worth individuals. The fee-only firm charges between 10 and 40 basis points of the individual’s net worth per year instead of operating on commission.