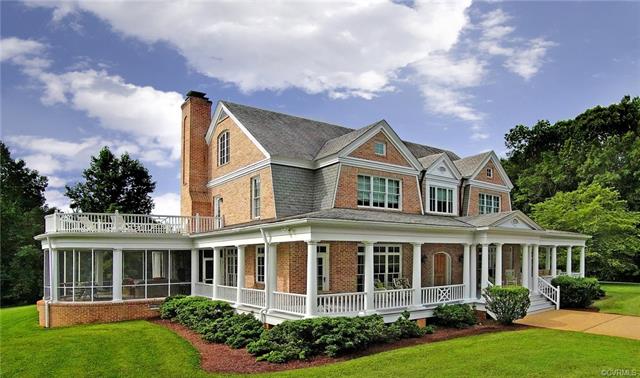 Correction: The street address of the house and first name of SRMF agent Susan Snyder were incorrect in the original story. They have been corrected.

A transaction between doctors led the pack of area home sales in May, edging out four other seven-figure deals that each came in at $1.4 million.

Topping the list was the $1.7 million purchase of 1283 Flat Rock Crossing, a 7,800-square-foot house on about 20 acres in Manakin-Sabot. The sale closed May 22, just above the home’s $1.69 million list price in February.

Scott Ruth and Scott Shaheen with SRMF Real Estate had the listing, which they co-listed with fellow SRMF agent Susan Snyder on Feb. 19. They represented the seller, Marc Katz, a cardiac surgeon who purchased the property in 1995 for $325,000, according to Goochland County property records.

Records list the buyers as Matthew and Ann Bridges, who worked with Page George of Maison Real Estate. Matt is a plastic surgeon with Commonwealth Facial Plastic Surgery. Ann is an independent mechanical engineer. 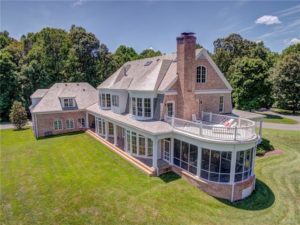 The house sits on nearly 20 acres in the Sabot Hill area.

George said the couple were drawn to the listing for its location in eastern Goochland. The listing had a no-show provision until Feb. 27 and received multiple offers, George said.

Ann said she and Matt, who are moving from Midlothian, called George immediately when they saw the listing in February.

“We had been looking for property in eastern Goochland for several years, and Sabot Hill caught our attention for several reasons,” Ann said in an email.

“We are looking forward to ‘country life’ for our family and think our grandparents would be very pleased, since that was how they lived,” she said. “Growing up, we always loved to visit them in the country. For Matt, the peaceful property is a perfect escape from the stresses of his surgical practice.”

The house previously had been listed at a higher price point before SRMF took it on in February. George said Joyner Fine Properties had the listing when it hit the market in mid-2018 at $1.99 million. 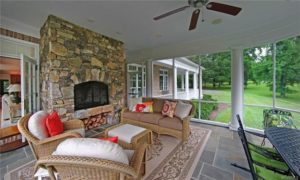 The latest county assessment valued the property at $1.9 million.

Built in 1997, the colonial-style house in the Sabot Hill neighborhood totals seven bedrooms, six bathrooms and three half-baths across three levels. It was designed by local architect Charles Aquino, whose work has included a restoration of the Tudor Revival mansion at 5103 Cary Street Road when it was owned by Bill and Pam Royall.

The brick-and-slate house includes floor-to-ceiling windows, two dishwashers in the kitchen, gas fireplaces, a fitness room, a media/rec room and a curved screened porch with wood-burning fireplace. The grounds are approved for a pool and barn, and the property includes a two-bedroom guest cottage overlooking a pond.

Rounding out the top five home sales for last month, according to the Central Virginia Regional Multiple Listing Service, were four purchases that all came in the $1.4 million range, including a Rocketts Landing condo that topped the list in September 2015: