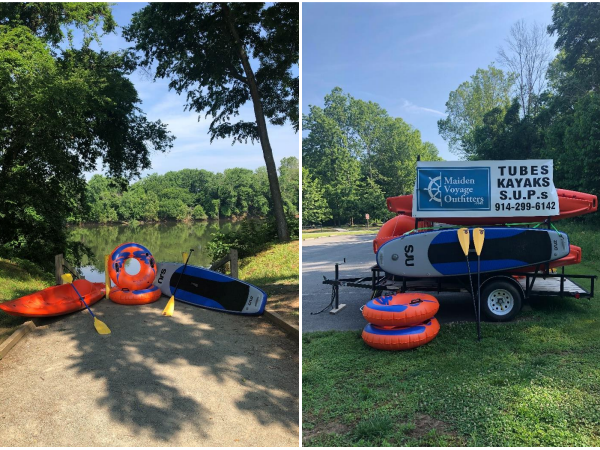 A new watersports rental company has set up in Powhatan County, hoping to capitalize on growing use of the state park from which it operates.

Maiden Voyage Outfitters launched June 1, offering self-guided tours and equipment rentals at Powhatan State Park. Kevin Webster, the operator and founder, said the park has had increased visitation in recent years and those visitors seem like a prime target for watercraft rentals. He said that as far as he knows, he is the first operator to bring such a service to that section of the James River.

“No one was doing an outfitter to open up access to the James River for people in Powhatan,” he said.

Webster’s entrepreneurial leap comes after a stint in Arizona, where he worked for an ATV rental company. He returned to the area two years ago to be closer to family, and has worked as a Riverside Outfitters guide, where he experienced firsthand the interest in recreation on the James River.

“I saw there’s a draw for everyone to be out on the water,” he said. 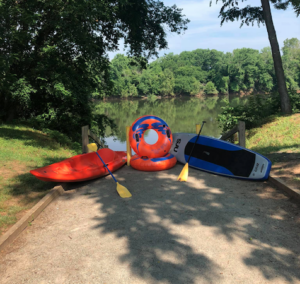 Maiden Voyage Outfitters has 40 craft, ranging from kayaks to paddle boards, for rental. It offers self-guided tours on the James River near Powhatan State Park.

To launch Maiden Voyage, Webster pulled together a fleet of 40 craft such as kayaks and paddle boards. He declined to disclose the amount of investment made in the company, which has one employee.

The company is based at Webster’s home, which is near the park. Tours start at the park and end about five miles downriver at Maidens Landing.

Craft are rented for four-hour periods. Rates range from $25 to $45.

The park, which is located at 4616 Powhatan State Park Road and operated by the state, opened in 2013 and consists of about 1,600 acres. The park offers camping, trails and river access.

In raw visitation numbers, the state parks system reported a downward trend at Powhatan State Park from 2017 (about 136,000 visitors) to 2019 (103,306). A parks spokesman cautioned that during the period, the parks system was developing a new and more accurate methodology to count visitation.

“It’s tough for us to make comparisons to visitation growth year over year because of this,” Andrew Sporrer said in an email. “These numbers indicate a downward trend. Anecdotally, we don’t feel that’s the case.”

I wish them the best, I believe a good outfitter will do well there…love that they are locally owned!!