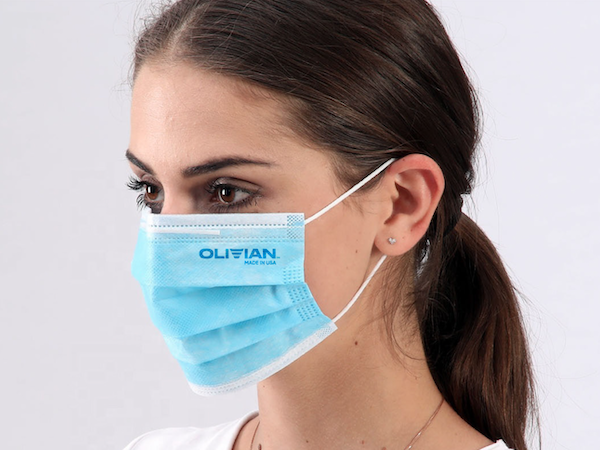 Taking over part of an e-cigarette manufacturing facility in Chesterfield, a medical supply startup has launched a plan to make a sizable dent in the nation’s supply of medical face masks.

Olivian, along with Blackbriar Regulatory Services, which is a sister company of locally based e-cig retailer Avail Vapor, kicked off production this month in a section of Avail’s headquarters at 820 Southlake Blvd., where it expect to churn out 40 million procedural masks a month by August.

The new venture has taken over 11,500 square feet of the 38,000-square-foot facility, which in addition to Avail and Blackbriar, houses another sister company, Blackship Technologies.

Wendy Scelia, founder of Olivian, said the venture aims to help shore up the country’s domestic supply of masks as a response to shortages of personal protective equipment that have complicated efforts to combat the coronavirus pandemic.

Scelia said the idea came to her after she learned her step-brother’s wife, who worked as a nurse at a Connecticut hospital, was struggling with a mask shortage in the early days of the pandemic.

“She was writing procedures for how masks could be reused. I felt obligated to help,” Scelia said.

Scelia, an engineer with a background in medical device manufacturing who also runs locally based Tablee, a hospitality software firm, initially connected her family member with a source in China. But then Tablee clients began coming to Scelia seeking a source for masks. Over time, the requests and issues with customs prompted Scelia to shift her mind away from making connections in China to making the masks herself. She founded Olivian in March. 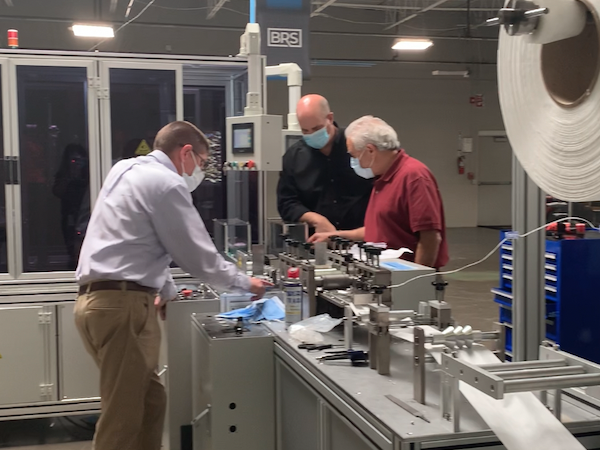 Olivian manufactures its face masks in a joint venture with Blackbriar Regulatory Services, a firm tied to Avail Vapor that provides contract manufacturing.

In a joint venture with Blackbriar, the companies are spending tens of millions of dollars to improve the Southlake facility, acquire necessary equipment and hire about 200 people, Blackbriar CEO Russ Rogers said. He declined to offer a specific figure.

Blackbriar provided the facility while Olivian bought the machinery, and Blackbriar employees make masks to Olivian’s specifications. Scelia said a revenue-sharing agreement is being worked out between Olivian and Blackbriar. The masks aren’t N95 masks, but are medical-grade and can be worn alone or over an N95 mask as another level of protection.

“There are so many of these products coming in from overseas where a mask can look like a mask, but come the end of the day, if it doesn’t do what it’s designed to do … it’s really not a lot of use,” Rogers said. “The masks we’re making in coordination with Wendy’s company are designed very specifically to be functional and have a filtration efficiency that meets the standard.”

Olivian’s masks are made with a combination of domestic and foreign materials, though plans are in the works to go entirely domestic in the future. The company caters to large organizations. Olivian said she already has lined up several clients, including Campbell Soup Co. and Northrop Grumman.

Olivian currently is selling masks to individual consumers as a brand-building exercise on its website. Those masks are made by a third party, but revenue goes toward Olivian’s production, Scelia said.

Scelia, Rogers and Ramesh Srinivasan, Blackbriar’s vice president of scientific services, previously worked together at Essentra Porous Technologies, a medical device manufacturer based in Colonial Heights. The existing relationship allowed the venture to quickly get off the ground, Scelia said.

The project is a chance for Blackbriar to expand its portfolio of manufacturing clients.

“One of our very specific objectives when we launched Blackbriar was to grow well beyond the markets we had been serving prior to splitting off,” said Rogers, adding that Olivian is the company’s first client in the mask industry.

Neither Olivian nor Blackbriar has leveraged state or federal funding. Phlow Corp., a Richmond-based pharmaceutical company founded this year with a similar desire to secure domestic medical supplies, landed a $354 million contract from the federal government to make generic drugs.

Avail, which was founded in 2013, has nearly 100 stores in 12 states. The company recently announced it would supplement its brick-and-mortar retail locations with a stronger online presence thanks to a deal to acquire Giant Vapes LLC. That Rhode Island company owns giantvapes.com, which sells vaping devices and e-cigarette liquids.