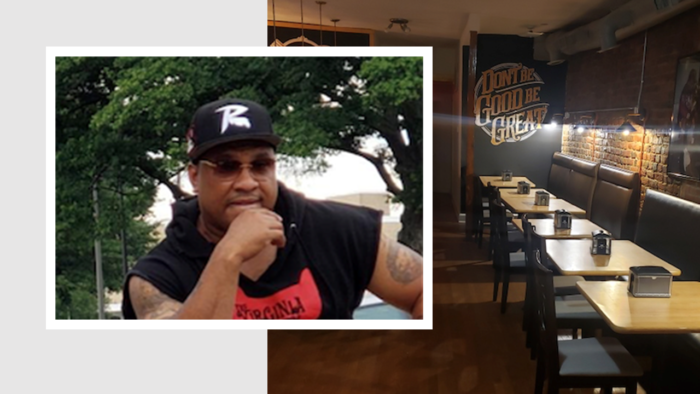 A slinger of Southern soul food opened a brick-and-mortar location in Shockoe Bottom Tuesday, trading up from a mobile kitchen in Northside.

The Daily Menu, which got its start in 2018 and previously operated a food trailer parked at 1705 Chamberlayne Ave., now runs out of a restaurant spot at 1706 E. Main St. Owner Lance Nelson said Shockoe Bottom’s growing restaurant scene attracted him to the area.

“It’s becoming a spot for restaurants,” Nelson said of Shockoe Bottom. Other additions to the neighborhood include Carmela’s and Oak & Apple.

Daily Menu took over the space from Central Purrk, a feline-friendly coffee shop that helped facilitate cat adoptions. It closed at the end of 2019.

Nelson said he doesn’t plan on shaking up the Daily Menu’s offerings of Southern staples and seafood, including the signature Virginia Crispy Chicken Sandwich. “If it ain’t broke, don’t fix it,” he said.

The restaurant also serves hamburgers and hot dogs. While the Daily Menu has sold the stationary trailer that it operated on Chamberlayne Avenue, it will continue to utilize its food truck for events.

Plans to open the restaurant were in the works earlier this year, but were put on the back burner until this week due to the coronavirus pandemic. The restaurant has a cafeteria-style format and serves takeout with limited on-premises service and seating. Nelson said he plans to have six or seven employees.

The restaurant won’t offer dine-in services initially in response to the pandemic, though Richmond restaurants are allowed to offer indoor dining at 50 percent capacity as per phase two of the state’s reopening plan. The city started phase two on Friday.

Daily Menu isn’t the only mobile outfit to recently make the transition into a traditional restaurant space. In March, Jadean’s Smokin’ Six O opened a restaurant in Henrico County after serving barbecue across the region from a mobile kitchen.