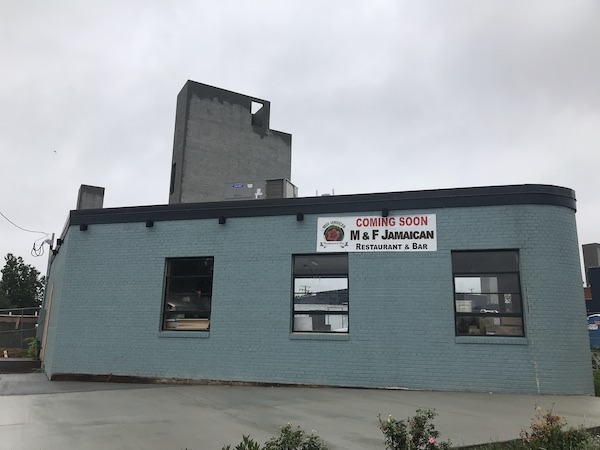 A local Jamaican food truck is going the brick-and-mortar route as it pulls into a former car dealer spot in the city’s Southside.

M&F Jamaican Cafe on Wheelz is preparing to open a restaurant and bar in the former Muse Buick building at 1400 Semmes Ave. The building is part of a redevelopment of the former Buick dealership and will be flanked by nearly 200 apartments.

M&F will open in a roughly 1,300-square-foot space at the corner of Semmes Avenue and West 14th Street. The business is owned by married couple Marie and Fitzroy Aiken.

Originally from Jamaica, the duo moved to the states in 2006 and worked in a number of restaurants before rolling out their food truck in 2017.

“Even though we worked at other established restaurants, we had to make a name for ourselves,” Marie said. 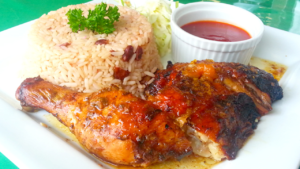 M&F’s menu includes items such as pepper steak, seafood curries and fresh juices. Marie said their jerk chicken is the most popular dish.

After a slow start in the early days, she said the food truck’s done well since and they now have two trucks.

“Once people came and had the experience, the rest was history,” she said.

“What I’ve heard from my customers is this is really authentic Jamaican food. People that moved from New York or from the island, they say this is it.”

The menu at the restaurant will be largely the same as the food truck’s, Marie said. The restaurant also will have a full bar and patio. 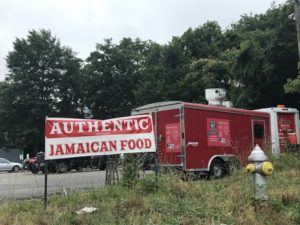 The M&F food truck has been a regular at a food truck court in Shockoe Bottom.

Marie said she and Fitzroy haven’t decided whether they’ll continue operating the food trucks following the restaurant’s opening, which they’re aiming for in the fall.

Meanwhile, work on the rest of the former Muse Buick site is humming along.

Local development firms The Monument Cos. and The Edison Co. are behind the project, dubbed Riviera at Semmes. They bought the 1.8-acre parcel in early 2019 for $3.1 million and began work on the $25 million project, which occupies nearly an entire city block and will feature two five-story buildings totaling 190 market-rate apartments.

Across Semmes, work also continues on a nearly 300-unit project by Alabama-based LIV Development on about 7 acres between Semmes and the on ramp to the Lee Bridge. 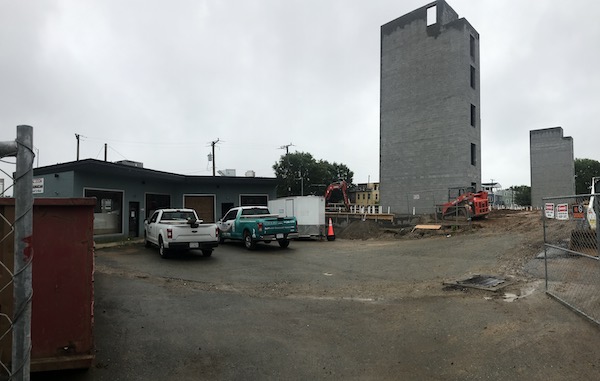 One of the Riviera at Semmes apartment buildings is going vertical now.