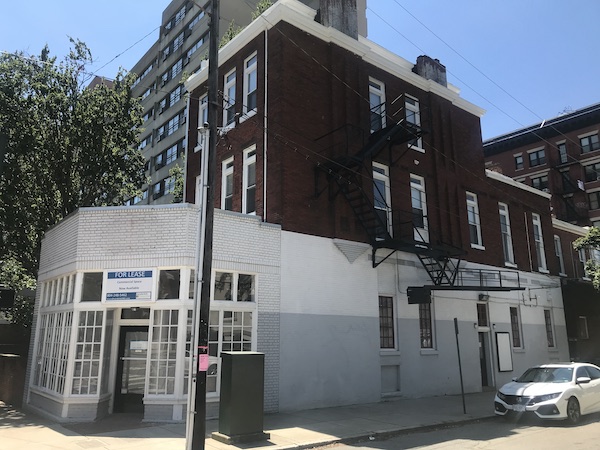 Fresh off his rehab of a Jackson Ward art gallery, local developer Bruce Vanderbilt has offloaded one of his projects near VCU.

His company, Vanderbilt Properties, this month sold 1039 W. Grace St. to an entity tied to local marketing firm Raison for $850,000.

The property previously housed a laundromat on the ground floor with apartments on the upper levels. After the laundromat closed, Vanderbilt said he’d been gradually turning the commercial space into a leasable shell when he received an unsolicited offer from Raison.

“I didn’t even have it on the market (for sale). I had it on the market to lease,” Vanderbilt said. “So (Raison) made an offer on the building. I figured it saved me the hassle of a project, and it works for them.”

The 4,400-square-foot building most recently was assessed by the city at $567,000. Last year Vanderbilt had it rezoned to B-5 Central Business district, which allows for up to five stories. He said he’d come close to signing a tenant to take the space, but nothing was finalized.

“I think it’s because the space needed a lot of work and I hadn’t really had a chance to get it to a more leasable space. We’d been just incrementally gutting and turning it into a shell,” he said.

Founded in 2012, Raison is currently based at the New Manchester Flats in the Southside. Raison President Lee Wall declined to comment.

If Vanderbilt could use one less hassle of a project, it could be due to the timing of how things worked out with his redo of the Gallery5 building in Jackson Ward.

He purchased the 137-year-old former firehouse at 200 W. Marshall St. in 2018 and began renovations to the art gallery’s first-floor space as well as converting the upstairs into a 3,500-square-foot office or event space.

Work wrapped up earlier this year. Then the pandemic hit.

“It was just perfect timing, right? We finished up, came to market with our venue, then COVID hits,” Vanderbilt said. “We’d had a few events and Gallery5 was running full steam before it.”

Gallery5 since has shifted to online events, and Vanderbilt said he’s been using the upstairs space for small weddings – including some elopements.

The Gallery5 project was Vanderbilt’s second rehab of an old firehouse, following his Shockoe Bottom property at 1805 E. Grace St., which is now home to ad firm Release the Hounds and Ironclad Coffee Roasters.

Now, as Vanderbilt is back looking around the market for a new deal, he said he’s found yet another unnamed former firehouse in which he’s interested.

“There actually is a possibility of another firehouse, believe it or not. I don’t even like to admit it. I didn’t even connect the dots that it had been a historic firehouse before it had been restored,” Vanderbilt said, laughing. “It sounds like I’ve got a problem.”

Congratulations to Bruce and Raison! Glad Lauryn Haynie and I were able to put together and broker this off-market deal that worked out great for both parties. Excited to see the space come to life as a creative office for Raison.