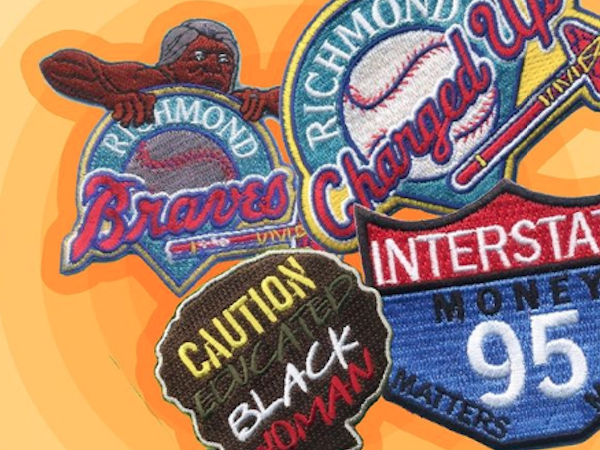 A pair of local clothing companies are looking to add to the fabric of Richmond’s Jackson Ward neighborhood with store openings in coming weeks, one of them picking up where it left off before the coronavirus arrived.

Fresh Prints Jr, a custom clothing company, is setting up shop at 313 N. Second St., marking the company’s first brick-and-mortar presence. A few blocks over, Serendipity, a women’s clothing store, is returning to its storefront at 102 W. Broad St. after moving its business online in March.

Fresh Prints’ move is a step up from the home-based workshop that owner James Robertson started a year ago. He’s leasing the 1,200-square-foot space as a workshop and meeting space for clients.

Robertson is moving his equipment in and plans to create a retail space by September. The space would showcase products and services, and have pieces available to purchase.

“Being here day to day, it allows people to walk in,” he said. “I see myself growing out of the house.”

Robertson worked six years at Haberdash, another local custom clothing company, before striking out on his own with Fresh Prints in mid-2019. The company has two part-time employees.

“It’s about brand awareness through the garment,” Robertson said.

Robertson said he picked his shop’s location because of the area’s growth, particularly as a hot spot for restaurants. Recent eateries to set up on the street include Southern Kitchen Restaurant last year, and Salt and Forge in 2018. His space, which is across the street from Salt and Forge, previously was occupied by a bail bondsman.

Returning to the neighborhood 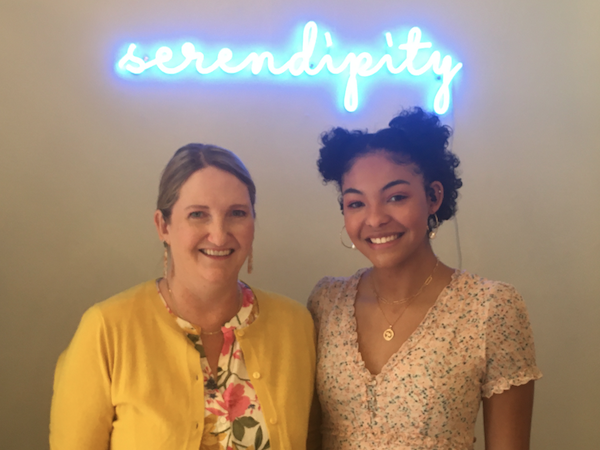 Kim and Kennedy Williams, a mother-daughter duo, are the owners of Serendipity in Jackson Ward. (Jack Jacobs)

The store opened at 102 W. Broad St. in early January but temporarily closed in mid-March because of the pandemic, with the Williamses focusing efforts on internet sales. They said the store escaped damage during the early days of local protests that resulted in numerous downtown storefronts being vandalized.

Serendipity sells new clothing and accessories from wholesale suppliers such as Faire.com and Rose Gypsy. The store’s inventory is aimed at high-school girls and college women.

Kennedy said she had modeled for other nearby clothing stores and felt the clothes there were out of her price range, prompting her interest in opening a store that catered to young women and girls with an emphasis on lower prices. The store sells dresses for $30 to $42, pants for $15 to $50 and tops for $22 to $40, among other types of clothing and jewelry, according to its website.

“A big goal of ours is to have affordable prices,” she said.

The 700-square-foot space Serendipity occupies was previously home to A Secret Forest, a candy store that closed in May 2019 after a little under a year in the space. It now operates out of Hatch RVA, a shared kitchen space in Manchester.

Fabulous news. Much success and prosperity to these entrepreneurs and their businesses.