Elevation completed a rebrand for Pairwise, a food tech startup in Durham, North Carolina. Work included developing brand messages with the phrase “Grown with care. Grown to crave,” as well as a new logo, graphic platform and website. 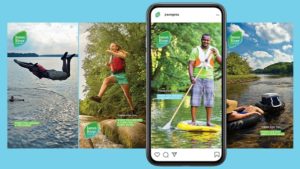 Elevation released a paid social and display ad campaign for local nonprofit James River Association. Using the theme “There for you,” the campaign combines headlines and river scenes to promote keeping the river clean. Examples include an image of a river jumper with the headline “When you needed a recharge,” and an explorer hopping between rocks with “When you needed a cure for cabin fever.”

Whittington Consulting produced work for coworking company Gather to support its business during COVID-19, including an ebook for members transitioning to working from home, and 3D virtual tours for two Gather locations in collaboration with HD Bros.

The Martin Agency released a new TV spot for CarMax. Shot and produced prior to the pandemic, the 30-second spot stars “Jeopardy! The Greatest of All Time” winner Ken Jennings and is part of a campaign that includes a social media component. 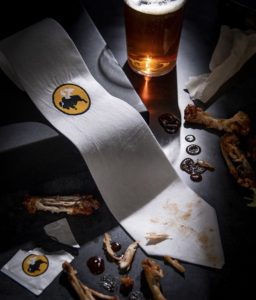 A still from the Buffalo Wild Wings Father’s Day promotion.

Martin hired Todd Wright Photography to shoot stills and video for a Buffalo Wild Wings Father’s Day promotion. The images show neck ties by Richmond-based apparel maker Haberdash that were made using the restaurant chain’s wet wipes, embroidered with a BWW logo and packaged in an oversized moist towelette wrapping. The images were live-streamed and screen-shared with Martin’s team to meet COVID-19 operation demands.

Initiate-it brought on Darren Foot as a partner and chief marketing officer. The 20-year industry veteran most recently was account management director at The Variable agency in Winston-Salem, North Carolina. He also has worked at The Martin Agency and at Boston agencies Modernista and Digitas. A native of England, Foot has worked with brands including Oreo, Tic-Tac, Subway and Hummer. 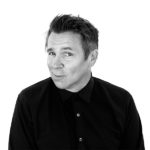 PR firm Big Spoon Co. merged with marketing firm Design by E. Respective owners Kevin Clay and Enrique Mendez are equal partners in the new venture that will continue to operate under the Big Spoon flag, with Mendez as creative director and Clay as communications director. The five-person company is headquartered at 1705 E. Franklin St.

The Idea Center landed Infectious Diseases Society of America Foundation as a client. Work will include a new website and managing a search engine optimization campaign. The firm also picked up Northside-based CJGeo Contractors as a client and will be providing digital marketing services.

Burford Advertising added The Frankie Woolwine Story to its client roster. The local nonprofit established by Roy Woolwine is named for his son, Frank Woolwine, who was killed in a drunk driving accident in 2016.

Burford developed a promotional campaign based on organic and paid social media, and created a website that includes a video of Woolwine’s story, a PSA, branding guidelines and social media toolkits for adults and students. The PSA is airing on regional TV stations, and the campaign includes a digital billboard appearing in Richmond and Hampton Roads.

Colab launched a new website for Ross Publishing’s Seniors Guide. The site includes a care assessment and search functionality for retirement communities, home care and senior services in Virginia and other states. The agency built a new website for American Civil War Museum aimed at reflecting its visitors’ changing priorities and demographics. 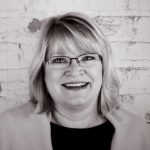 Colab launched an e-commerce site for Henrico-based Kenmore Envelopes. The site for the company’s line of personal protective equipment was developed within four days. The agency completed a website redesign and brand identity refresh for Chesterfield-based Harris Financial Group, and it hired Jennifer Ludvik as business development director. Ludvik was previously at employment agency Triumph Services.