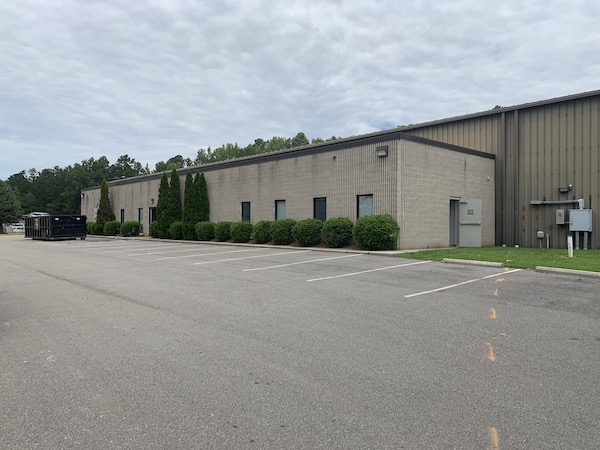 Rick Gregory and Lynx are renovating a 33,000-square-foot warehouse to be a CBD processing facility. (Mike Platania)

Looking to reignite his hometown’s local economy after watching it deflate in the last few decades, a Richmond real estate developer is getting into the hemp business. 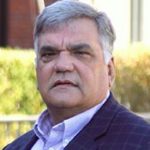 Gregory, co-founder of Lynx Ventures, grew up on a tobacco farm in South Boston, a small town in Halifax County about 100 miles southwest of Richmond near the North Carolina border.

“As I was growing up in the ’60s and ’70s, it was a very dynamic economy there, with tobacco, textiles and furniture,” Gregory said of South Boston. “In the past 20 to 30 years all three have gone out of existence. It’s disappointing to see. I want to try to find another cash crop to replace tobacco.”

Gregory thought up a plan to help the town benefit from CBD oil processing – an industry that’s on the rise in Virginia following legislative changes in recent years. CBD is a chemical compound found in the cannabis plant, but does not contain levels of THC to produce a psychoactive high.

Last summer Gregory had beers to catch up with Sterling Edmunds, a childhood friend, former SunTrust Mortgage exec and investor in local startup Longleaf Conservation Capital, an outdoors land-use startup led by a former Outdoor Access co-founder. It turned out Edmunds had a similar idea for their hometown.

“He said, ‘I’m going to open a facility in Halifax.’ I said. … I’m going to open up one too,’” Gregory said, laughing. “We put our efforts together and we received support from the local government there.”

Edmunds and Gregory’s idea is that the CBD business, dubbed Blue Ribbon Extraction, will buy hemp from farmers in South Boston, extract the CBD out of the crop, then sell it as ingredients to other consumer-facing businesses. Blue Ribbon will not make and sell its own consumer products.

Blue Ribbon is leasing a county-owned 33,000-square-foot building at 2525 Houghton Ave. in South Boston, which Gregory said they hope to have operational in August. Once open, Gregory estimates Blue Ribbon will purchase $30 million worth of hemp from South Boston farmers annually and have a staff of 40 to run the facility. Gregory said last year was the first year Virginian farmers could legally grow and harvest hemp plants, which many in South Boston did and sold to other vendors.

The Blue Ribbon facility is different from Green Leaf Medical’s new Richmond CBD facility, which produces medical marijuana-derived products. Regulations by Virginia’s Board of Pharmacy allow for only five such facilities in the state, whereas Blue Ribbon’s reliance on hemp doesn’t fall under that regulatory umbrella. Gregory said Blue Ribbon is instead regulated by the state’s Department of Agricultural and Consumer Services and the Department of Health.

He added they’re receiving about $650,000 in grant money from the state and from Halifax County to help finance the $10 million project, and that Lynx Ventures also has equity in Blue Ribbon. The state’s Agriculture and Forestry Industries Development Fund and Halifax County’s economic development authority each approved a $200,000 grant for Blue Ribbon, with the state’s Tobacco Region Revitalization Commission pitching in an additional $250,000.

Kate Hosko, development manager for Gregory and Lynx, said they’ve been met with enthusiasm from local farmers regarding Blue Ribbon.

“We purchased some really top-of-the-line equipment. It’s our goal to come in and legitimize Virginia’s hemp output and put South Boston on the map,” Hosko said. “There’s been a large amount of willingness on the growers’ end to get involved in this.”

Congratulations! This is great news for a region that really deserves it.