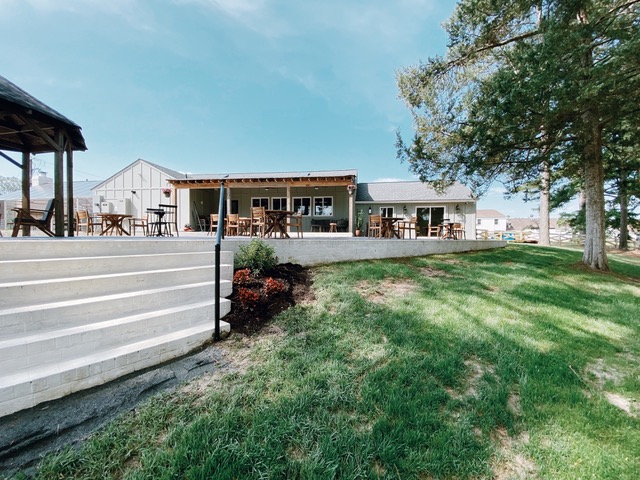 Dozens of mask-wearing guests helped toast the launch earlier this month of the region’s newest winery.

While “family-run” describes the other three wineries in New Kent, the label hits especially close to home for the Mikelaites clan: The three co-owners grew up on the property in a house that’s featured on several of the winery’s bottles. And the winery’s name is a portmanteau of their parents, Joseph and Helene. 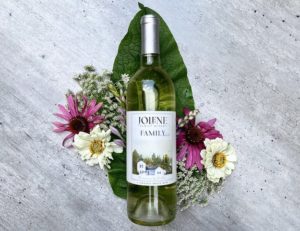 The three co-owners grew up on the property in a house that’s featured on several of the winery’s bottles.

Preparations for the opening came down to the wire and there’s still work to be done. The family put finishing touches on the 1,600-square-foot tasting room at 1 a.m. the night before the ribbon-cutting ceremony, and Cindy said she hustled out to get chairs earlier that day.

Work continues on the winery’s 3,300-square-foot production room, which couldn’t be completed in time for the launch. Footing was dug for the space in late June, and the family hopes construction will be done by October, though it’s unlikely it will be ready for this year’s harvest.

“We’re comfortable opening it up for the public so that they can come in and see what we’re doing,” said Brian, also a building inspector for New Kent County. “It would’ve been nice to have been 100 percent complete with the production room, but we’re ready.”

The family originally planned to unveil the winery last August but was delayed by a lending issue. Brian said the winery used Henrico-based Sonabank and reworked the loan before securing a Small Business Administration loan in December.

They then hoped to launch around Memorial Day, before coronavirus-induced construction slowdowns made it difficult to secure supplies. But Brian said there was a silver lining in that delay.

“It’s actually worked out to our benefit,” he said. “We feel very blessed that we didn’t open last year and then get stuck having to close back down (due to Covid19 restrictions). It really has worked out the way that it’s supposed to.”

The winery overlooks a lake and features a 1,400-square-foot greenhouse connected to the tasting room that can host events and weddings up to around 120 people, Cindy said. 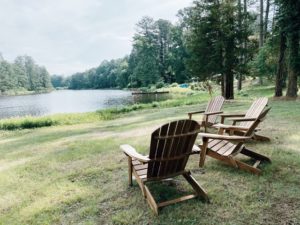 The winery overlooks a lake.

Production for the fall will be the next hurdle, said Sandy, who’s also the winery’s general manager. Its business plan is to hit annual production of 3,500 to 5,000 cases in seven to 10 years and 2,000 cases in the first year, Brian said. New Kent Winery, about eight miles away, produces around 6,500 cases per year.

The family partnered with Ingleside Vineyards, 90 minutes away in Northern Neck, to produce its wine this year. Jolene’s grapes were grown on 15 acres of property that Brian bought a little over a decade ago, three years after he got into viticulture.

Its main wines are red and white blends, as well as a cabernet franc, chambourcin, merlot rose, pinot grigio and vidal blanc, which it will produce on-site when the production room is finished.

New Kent County’s Economic Development Authority provided the winery with a $9,400 grant based on performance in its first three years. Matthew J. Smolnik, director of economic development for New Kent, said talks between the county and the family began in late August 2016 on the future winery’s back deck.

That is the fourth Winery in New Kent. With all the businesses & families moving in New Kent County is booming! Low taxes, good schools and excellent police protection has to be the reasons why!