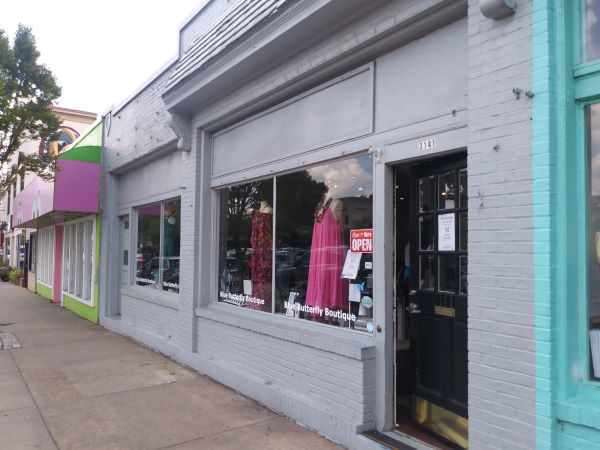 Following a couple fits and starts over the last several months, a new women’s clothing store has landed in Carytown.

The store is the brainchild of Chynna Trinh, who hopes her background in the fashion industry will give her an advantage over other clothing stores in the neighborhood.

Trinh worked in New York’s fashion industry for two decades before she recently moved back home to Richmond to be closer to family. She chose a clothing store as a way to go in a different direction professionally that was also familiar.

“It helps a lot, especially when it helps bring things together as I style for a customer,” Trinh said.

Laura Tanzer, Frankie & Coco, and IC Collection are among the brands at Butterfly Boutique.

The 1,600-square-foot store officially opened in early March, but operated for only about a week before it temporarily closed to adhere to public health guidelines.

As Virginia began to reopen, the store planned to open May 29, only to postpone that out of concern about property damage in the early days of the local protests in response to the death of George Floyd in Minneapolis. The store has since been open since early June.

Butterfly Boutique opens its doors as several other companies exit the neighborhood.

Most notably, Need Supply Co. intends to shut down its operations, including its Carytown store. Yoga Shala Richmond plans to permanently close this week, and Panera recently closed for good on Nansemond Street.

For persons interested to find out about the current status of small-business, visit this LinkedIn post to get a brief of the NFIB’s June small business survey, https://www.linkedin.com/posts/samuel-g-nelson-mba-mai-3aa25a90_ppploans-covidrevenue-covidsmallbusiness-activity-6691287636889485312-zSgt #PPPloans #COVIDsmallbusiness