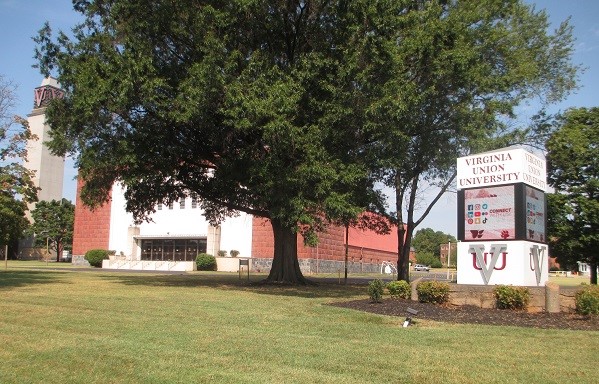 Virginia Union University was the only private school in Richmond on the list. (Jonathan Spiers)

Nineteen small private and for-profit colleges and universities in Virginia applied for a combined range of $22 million-$55 million from the federal Paycheck Protection Program.

That’s according to data released this month by the U.S. Small Business Administration and U.S. Treasury Department, which disclosed for-profit and nonprofit businesses that were approved for PPP loans. Specific loan amounts were not disclosed; rather, a range of money granted was shown.

Public and large private colleges and universities with 500 or more employees weren’t eligible for the program, which aimed to assist small businesses in keeping employees on payroll amid statewide lockdowns.

Tiffany Franks, president of Averett University, said the school’s financial situation is stable thanks in part to the loan, even after issuing credit back to students for room and board for the shortened spring semester. The Danville-based school has about 900 students and an annual budget of around $29 million. It used the PPP money to retain its workforce and cover additional expenses such as personal protective equipment. 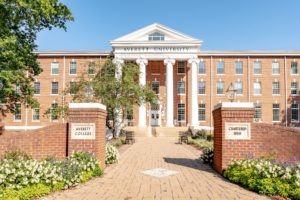 “Our goal was to not let the pandemic negatively impact our employees financially in any way,” Franks said.

Emory & Henry College, a liberal arts school with around 1,200 students in the western part of the state, said it received $3.4 million in PPP money to put toward maintaining salaries and benefits for all its 271 employees and faculty as it looks to resume classes this fall.

Meanwhile, university foundations of George Mason University, James Madison University, Marine Corps University and the University of Mary Washington sought loans in the $150,000 to $350,000 range. Those groups are all nonprofits.

Susan Van Leunen, vice president and chief financial officer of the George Mason Foundation, said the organization received $163,400, which it used to support its 10 full-time and three part-time employees.

University of Virginia Host Properties, a for-profit organization that runs Boar’s Head Resort in Charlottesville, received a loan in the $2 million-$5 million range.

A representative from the UVA Darden School Foundation confirmed it received money to cover payroll for over 80 employees.

The PPP data released earlier this month reflects loans that were approved by SBA but not necessarily dispersed in the end. While BizSense reached out to all the higher education organizations mentioned in this story to confirm that they did ultimately receive the loan, not all responded by press time.

SBA said it expects to update the data over time as borrowers submit their forgiveness paperwork.

The SBA data also did not in all cases include a count of jobs retained at each recipient organization. The SBA said the PPP application asked for that number, but businesses were not necessarily required to list it in order to get their loan. They will have to provide it in order to receive loan forgiveness. Businesses that did not use at least 60 percent of their loan money to pay employees will have to pay back the loan with 1 percent interest.

Eighteen of the 28 Virginia-based schools and foundations listed in this article disclosed a jobs-retained figure, totaling 2,999 jobs between them. The highest count was at Eastern Mennonite University in Harrisonburg, which retained 465 jobs, according to the data.

How are these loans justifiable to institutions that have close to $1 billion in endowment? UVA Darden School alone has a $400MM endowment coffer. Schools that clearly do not need the money (like UVA) should be repaying these loans back immediately, just as $1B companies were pressured to do.