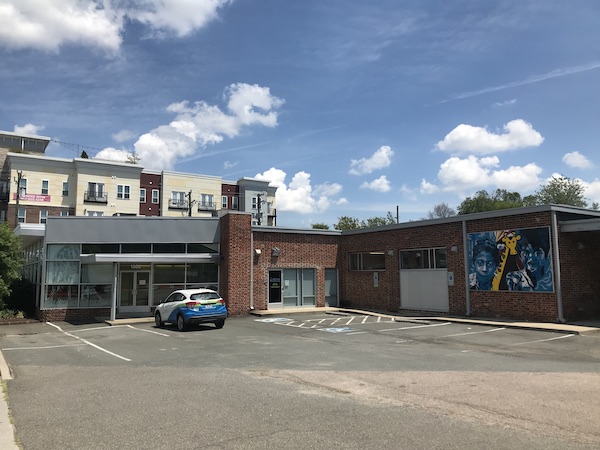 Upon acquiring its first property in Richmond earlier this year, North Carolina-based real estate development firm Hem + Spire said it had more deals in mind in the city.

It made good on that statement this week by purchasing 1300 Semmes Ave. in Manchester for $3.7 million, city property records show. The deal closed Wednesday.

The Manchester property is home to Thrive Skilled Pediatric Care. Its lease will carry over in the sale and runs through November 2022, said Will Clark, Hem + Spire’s director of real estate.

After that, Clark said the company will consider keeping it office space or converting it into something else, namely a food and beverage or retail concept.

“It fits well with our aesthetic, which is to restore older buildings into a modern functionality,” Clark said.

The building, which formerly had been an auto dealership before being converted to office space, sits on about 1 acre and most recently was assessed by the city at $2.9 million. Bruce Milam and Jamie Galanti of Commonwealth Commercial represented the seller in the deal, Ellie Mae LLC.

Clark noted that 1300 Semmes is effectively surrounded by hundreds of new-construction apartment units.

It’s adjacent to The Riviera at Semmes, a 190-unit conversion of the former Muse Buick site, and across Semmes work is continuing on a nearly 300-unit project from Alabama-based LIV Development. Over 100 townhomes are also rising nearby at a project from local firm Harper & Associates.

That incoming volume of residents makes Clark think that stretch of Semmes could use some neighborhood services.

“You could have a food-and-beverage or retail anchor for this site that’s focused on serving the 500 units that are on the adjacent parcels. Then you’ve got the SunTrust campus and UPS there,” he said. “I think it’s a very flexible space.”

At least one restaurant is coming to that stretch of Semmes in the meantime, with M&F Jamaican Restaurant & Bar preparing to open in part of the Muse Buick redevelopment.

Clark said Hem + Spire is continuing to look around for real estate in Richmond and hopes to have a few more deals under contract by year’s end.

“We continue to be very interested in Richmond as an overall market … We’re looking for buildings that are similar to what we’ve purchased before, which is historic buildings that have some innate flexibility that can be reinvigorated for office use or repurposed for a different use,” Clark said.

“And you’ve got the Richmond 300 plan, which is awfully exciting and it has a lot to say about Manchester. Given the development activities going on in Richmond, it’s exciting to be part of.”

Correction: An earlier version of this story incorrectly reported that Bruce Milam and Jamie Galanti of Commonwealth Commercial represented the buyer in the deal. They represented the seller.

Actually, Jamie Galanti and I represented the owners/sellers of the property, Ellie Mae LLC, not Hem+Spire. The corridor that starts at the Lee Bridge, extending down Cowardin Avene to Semmes Avenue and east to West 7th Street, will soon be home to roughly 1300 apartments and over 400,000 sf of office, plus some retail services.

Thus the idea of more retail or restaurant space by converting the existing space seems about as incorrect as the agents listed in the article. Yeah, I mean it will all be better by 2022 except oh wait SunTrust, the mean Truist, will probably either have all those mortgage employees teleworking from home or moved to Greensboro NC.

I don’t get your negative attitude on every single story! If more people are moving into a community, why does it rule out a conversion to retail or restaurant? Hem+Spire are pros, and they believe it makes it more likely to happen per their plan. Besides, the agents names were listed correctly; only the representation is wrong.