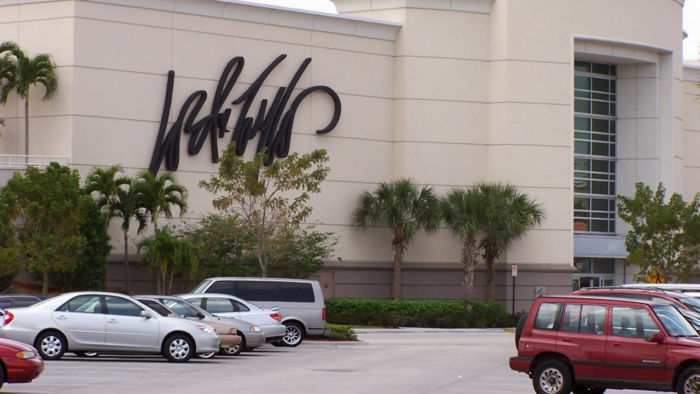 A Lord and Taylor store in Florida. (Wiki Commons)

Like a suburban shopping mall in the 1980s, the Richmond federal courthouse is drawing in big retailers left and right – but for reasons only an attorney could love.

Another national chain of clothing stores – this time Lord & Taylor – has stumbled into town to file for Chapter 11 bankruptcy. Four other related entities filed with it, including parent company Le Tote Inc.

It’s the third such sizable retail company to land here in the last three months, following Chapter 11 filings by the parent company of Ann Taylor, Loft and Lane Bryant, as well as J. Crew.

While the cases are signs of more bad news for traditional retail and mall owners, they mean continued good news for the circle of Richmond corporate bankruptcy lawyers that benefit from the jurisdiction’s reputation as a venue seen as favorable to large debtors. Bankruptcy rules allow companies to file in virtually any district in which they conduct business.

Others picked up work for the retailers’ creditors, including Doug Foley of McGuireWoods, Annemarie DiNardo Cleary of Eckert Seamans and Michael Mueller of Williams Mullen.

Judge Keith Phillips is overseeing the case, after it was initially assigned to Judge Kevin Huennekens, who recused himself.

John Fitzgerald is the Chapter 11 trustee.

Lord & Taylor is considered the first U.S. department store, according to the company’s bankruptcy filings, with origins dating back to New York in 1826.

The bankruptcy comes barely a year after Lord & Taylor was acquired by Le Tote, which sells an online-based clothing subscription service. Le Tote paid around $100 million, according to press reports.

Lord & Taylor has 38 stores nationwide, including several in the Northern Virginia and Maryland area. It has none in the Richmond area.

The company said in bankruptcy filings its troubles started prior to the pandemic, which has pushed many already-troubled brands over the edge. Lord & Taylor closed its locations in March to abide by social distancing. While it has reopened some stores in recent weeks, it said coronavirus has left a lingering impact on both foot traffic at its stores and subscriptions to Le Tote’s online service. It furloughed or laid off nearly 4,700 employees and has recalled only approximately 400.

It said it will close all its Lord & Taylor stores, with some having already commenced closing sales.

It said it will work to continue to use both the Lord & Taylor and Le Tote brands in some way going forward.

Lord & Taylor has 38 stores nationwide, including several in the Northern Virginia and Maryland area. It has none in the Richmond area.

Bankruptcy venue rules are something special. Even though all five of the debtor affiliates are HQed in NY and organized under DE law, the mega-case can proceed here because two affiliates are registered as foreign LLCs in Richmond.