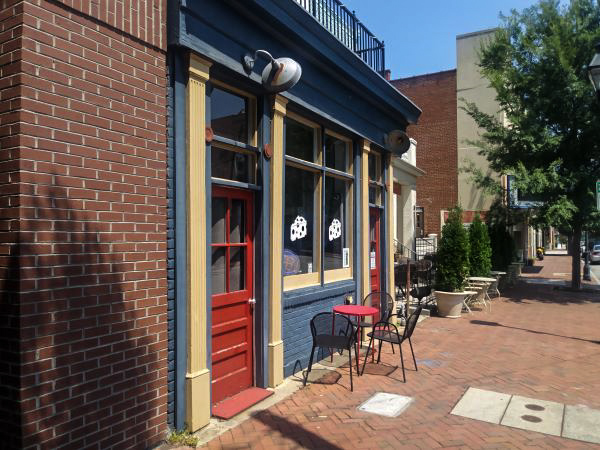 Armed with a panini press and inspired by his grandmother, a first-time restaurateur has brought a grilled cheese-focused spot to Jackson Ward.

Cheddar Jackson opened at 522 N. 2nd St. in June. The shop’s specialization in grilled cheese sandwiches was determined in part by the space’s limited kitchen equipment.

Owner Brandon Jackson has never run a restaurant before. But, as a local freelance brand consultant who works with restaurants, he spends a lot of time among members of the industry. He liked the space and, in discussions with his clients, he inquired about what kind of restaurant they could operate without a grill or fryer.

“All the conversations came back to grilled cheese. Get a panini press and there you go.”

The restaurant is an homage to Jackson’s grandmother, who moved to Jackson Ward from the countryside in the late 1930s. The restaurant’s menu draws inspiration from her cooking.

“We’re moving back to my grandmother’s neighborhood and we’re establishing a restaurant,” said Jackson, whose business partner is his mom.

In addition to a variety of grilled cheese sandwiches, the restaurant also offers tomato soup and snacks, as well as vegan versions of some of its sandwiches.

Cheddar Jackson occupies a 2,200-square-foot, two-story building. Zoning hurdles mean the restaurant won’t be able to use its second-floor patio in the near future, though Jackson would like to be able to open it up eventually. The restaurant has four employees.

Former operators at that address include Meso, which served Greek, Indian and Lebanese food, and Big Mamma’s Catering.

Cheddar Jackson’s entry to the market further solidifies North 2nd Street as the neighborhood’s restaurant row. It joins others along the road such as Salt & Forge, Big Herm’s Kitchen and Sugar & Salt.

Richmond officials have their eye on a plan to create better vehicle and pedestrian access in the historically Black community of Jackson Ward as part of the city’s updated master land-use plan. The proposal is for a bridge deck spanning First and St. James streets among other efforts.

Excited to see a sandwich shop in this neighborhood.