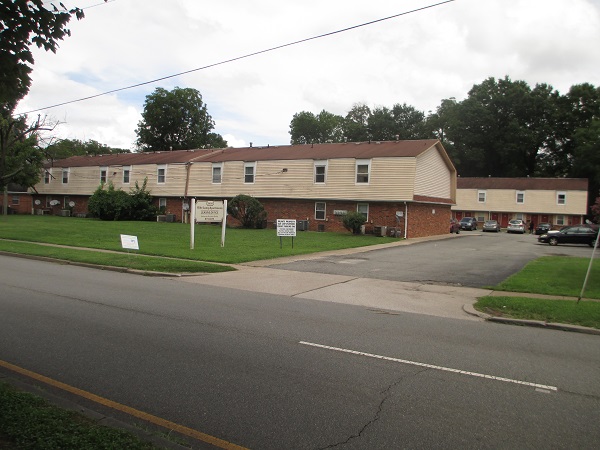 With the Bloom Apartments portfolio along the Chamberlayne Avenue corridor still on the market, a separate group of nearly two dozen Chamberlayne apartment buildings in Richmond’s Northside has changed hands in an eight-figure deal.

A New Jersey-based buyer paid $27.5 million for 23 buildings with nearly 500 units in a trio of multi-parcel deals that closed July 28.

The two- and three-story buildings, totaling more than 265,000 square feet, make up about 12 acres’ worth of property scattered along Chamberlayne between its 2900 and 4300 blocks.

City property records list the buyer as Ginter Park 2 LLC, an entity based in Lakewood, New Jersey. A deed recorded at the city courthouse lists the entity’s manager as Chaim Yoseph Bialostozky.

Sapphire Investment Group, a real estate investment firm also based in Lakewood, solicited investors for the portfolio through an equity raise book distributed late last year. The book, obtained by BizSense, listed 25 properties totaling 498 units, almost all of which were the properties that were purchased.

A Sapphire representative who distributed the book would not discuss the transaction when reached last week. Messages left with the company were not returned. 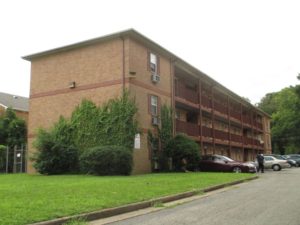 The Holly Hill Apartments at 3912 Chamberlayne Ave. make up 21 of the portfolio’s 400-plus units.

The Chamberlayne buildings were sold by three Richmond-based entities tied to the Zacharias family, who managed the apartments as Zacharias Brothers Realty. The LLCs list an office address for the family’s Southside-based Capitol Oil Co. and list E. Michael Zacharias as their registered agent.

Reached last week, Michael Zacharias said the transaction was a private matter and he would not comment.

Barry Krauss of Glen Allen-based Capital Real Estate Services brokered the deal. The firm had marketed some of the properties in the portfolio since at least last summer with Transact Capital, which shares the same Innsbrook office.

Krauss is a senior vice president at Transact, which is led by founder Steve Zacharias. Krauss said he could not comment on the transaction. Steve Zacharias said he was not personally involved with marketing the portfolio and never had any ownership in the properties. He didn’t say whether he’s related to the sellers.

The 23 buildings total 481 units, according to unit counts on property records and the Sapphire equity raise book.

The individual buildings range from six to as many as 44 units, with many of the properties bearing similar tan-colored signage with different names for each property. The bulk of the buildings were built in the 1970s and ’80s, with the oldest dating to 1928 and the newest to 1986. 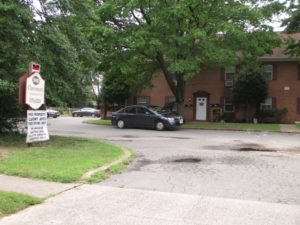 The 44-unit Claremont Apartments are among the bigger properties in the portfolio.

The latest city assessment valued the 23 properties at more than $17.67 million combined.

The Zacharias LLCs still own the two other properties that had been marketed for sale but were not included in the transaction: a 19-unit building at 3603 Chamberlayne, and a half-acre unimproved lot at 3607 Chamberlayne.

Bloom Apartments still on the market

The sale comes nearly a year after a larger portfolio along the apartments-heavy Chamberlayne corridor was put up for sale.

The Bloom Apartments portfolio, with nearly 700 units across multiple buildings, was listed for sale in October. The buildings are owned by Miami-based Equishares, which was about midway through rehabbing the units when they hit the market.

Property records show Equishares maintains ownership of the properties, which have continued to be rehabbed. Attempts to reach Equishares principal Matt Press were not successful. 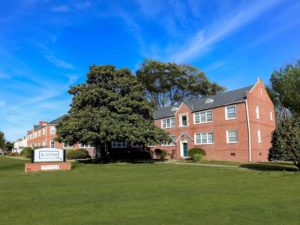 One of the recently renovated Bloom Apartments properties. (BizSense file)

Equishares bought the properties at auction for $16.75 million and has put millions of dollars into improving the buildings with updated exteriors, unit upgrades and mechanical system replacements. Cushman & Wakefield’s Mid-Atlantic Multifamily Advisory Group has been marketing the portfolio.

The investments add to other activity in the corridor in recent years.

Across Chamberlayne from some of the Bloom properties, local developer Genesis Properties last year completed its $15 million rehab of the 1940s-era Bellevue Apartments. Rebranded as Terraces at Bellevue, the mix of one-, two- and three-bedroom apartments are fully leased, Genesis’ Ed Solarz said, with monthly rents ranging from about $750 to just over $1,000.

Those properties make up one of the largest collections of affordable market rate apartments in the City. They need a lot of work to keep them livable and I’ve heard those improvements are coming as part of the investment. Longterm, it’s a great purchase.
Congratulations to the Zacharias Famy for the sale.