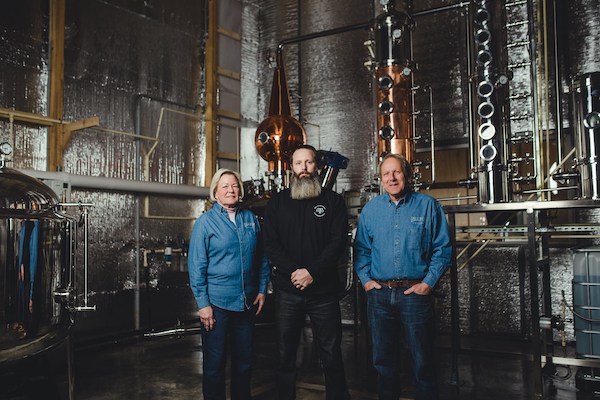 Sherry Brockenbrough and her husband John were ready to retire, but not ready to sit still.

That’s when they decided to get into the booze business.

The couple and their son this summer opened Hill Top Distillery, making whiskey, vodka and a corn-based whiskey “moonshine” at 2750 Maidens Loop in Goochland.

“It’s the most fun thing you could do in retirement,” Sherry Brockenbrough said.

Hill Top sits, fittingly, on top of a hill on 8 acres in Maidens overlooking the James River, where it operates a 2,000-square-foot tasting room and production facility. 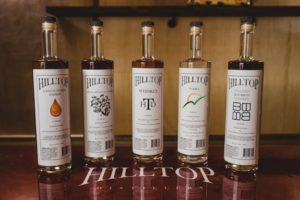 The venture was prompted last year by their desire to keep busy after their impending retirement from John’s career in the mortgage industry and Sherry’s in teaching. They also were inspired by the whisky they’d have on trips to Scotland.

“If you’re not busy in retirement doing something that’s physical and uses your intellect, you’ll wither up and die. And we all drink, clearly,” Brockenbrough said, laughing.

“My son (John O.) wanted to do a brewery but I had concerns about market saturation. I have a biology background, and my husband and son are both very analytical. (The distillery) was a good fit for us.”

Brockenbrough said the three of them attended a months-long course on distilling in Marion, a small town in Southwest Virginia. Work began shortly after on their $1 million distillery, which Brockenbrough said uses a 350-gallon still and has an automated bottling line. 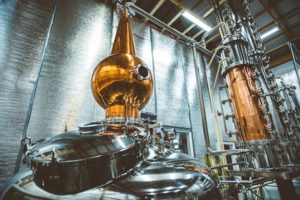 “We decided to go all in. When you look at this property, it’s my pension,” she said.

Hill Top also has a separate 700-square-foot barn that holds aging liquors, and Brockenbrough added that they plan to build another.

The distillery opened briefly in early March, but the pandemic forced it to close to the public. Since reopening in the summer with outdoor picnic tables and space for people to safely socially distance, Brockenbrough said it has been embraced by Goochland locals and folks from the city.

“We’re grateful we’re in Goochland. People came out of the woodwork and folks came in from the Fan,” Brockenbrough said, adding that it has food trucks in regularly, live music and stock breads, cheeses and other snacks from Hobby Hill Farm Fresh, a bakery in Powhatan.

“We’re pleased that people come up to the hill and it’s a respite for them. People have a chance to sit and look at the countryside and get a little bit of relief.”

Brockenbrough said Hill Top’s most popular drinks have been its bourbon and moonshine, named Gooch Hooch for Goochland County. The distillery is currently working on a gin and may look into making a brandy in the future. 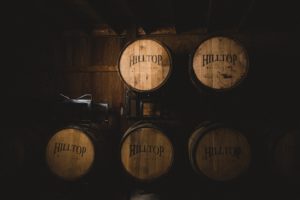 It currently keeps its barrels in a separate barn, with plans to build a second barn for the same use.

Hill Top is currently in discussions with distributors to have its product sent to restaurants and bars, and Brockenbrough said they hope to be in ABC stores early next year.

The distillery is a member of the Richmond West Craft Beverage Trail, an initiative that pushes for booze tourism throughout the western part of the region. Other members of the trail include Fine Creek Brewing Co., Elk Island Winery and Hill Top’s neighbor located just about a mile up the road, Courthouse Creek Cider.

Hill Top is the ninth distillery to open in the Richmond region. The local distilling industry, although hit hard by the pandemic, has seen support come from loosened ABC regulations in recent months.

Would anyone happen to know the list of those 9 distilleries in the Richmond market? Might be a great article too. Reservoir, Cirrus, Vigaro, Hill Top, James River, Slepy Fox, and………………..

Three Crosses in Powhatan I would assume is one of those 9 as well, http://www.threecrossesdistilling.com/

Go Sherry! I knew that you wouldn’t sit still for long. 🙂
Can’t wait to come out and see the place. I bet it’s some top shelf stuff!

The Lemon and Blackberry Moonshine is fabulous. I really didn’t expect it to taste as great as it smells, but it’s even better. Gooch Hooch reflects the passion and pride these folks have for their product. It has a fun name and even better taste. Cheers to Hill Top Distillery!