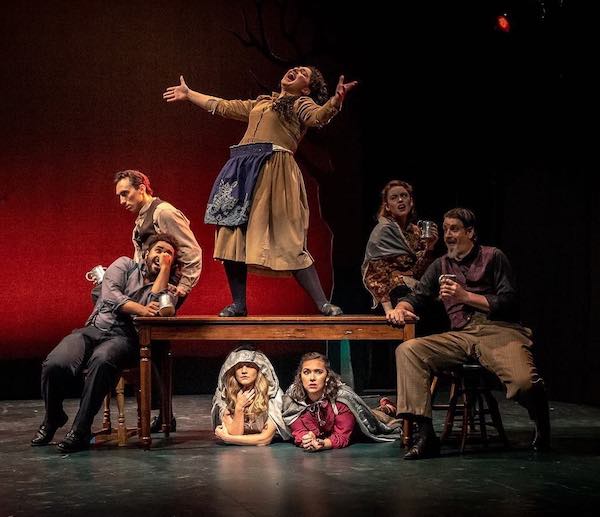 It’s been a tough year for anyone in the live entertainment business. But the pandemic brought the curtain down on a new local opera company’s inaugural season before it even began.

River City Opera had intended to launch a series of in-person opera performances this year. After the coronavirus hit and the group determined its shows wouldn’t translate to a virtual setting, the nascent nonprofit pivoted to a series of panel discussions as its introduction to audiences.

The online chat series “The Dish with RCO” will bring opera performers and leaders together to discuss the future of the art form in three sessions throughout August. Jessia Harika, the artistic director and co-founder, said the venture is intended to build a name for the nonprofit among audiences in a way that remains true to its mission statement before its eventual return to its previously scheduled programming.

River City Opera was founded last year with a goal to expand awareness of opera through performances in non-traditional venues, like parks and breweries, and an emphasis on diverse performers. Harika said there’s a gap to be filled in regard to opera performances in the Richmond area, and she hopes to tap into new audiences.

“There isn’t a lot of classical vocal music being made on the ground,” said Harika, a Richmond native with degrees from VCU and The New England Conservatory. “I’m looking to include new audiences that are opera-curious but may also feel that opera is too expensive or they wouldn’t fit in.”

“The Dish with RCO” chats are free to tune into, and will be streamed live on YouTube. Sessions will last 30-40 minutes and have a question-and-answer segment at the end.

Other arts-focused nonprofits have found ways to bring their programming into the digital space. River City Opera discussed virtual shows, but ultimately decided to go in a different direction.

Opera predates microphones and sound equipment. Singers have traditionally, and still are, trained in such a way that allows their voices to carry throughout a venue and keep up with an orchestra unaided by technology. Accordingly, the style generally doesn’t translate well to recordings.

“We just kept coming back to ‘it’s just not the same,’” Harika said. “The modern age of microphones and recording equipment is often our enemy.”

The group has five employees. The team splits its time between New York and Richmond, and works remotely while in Richmond. It does plan to move into a Richmond coworking space in the future.

The nonprofit has an annual operating budget of less than $250,000. Funding for the “The Dish with RCO” comes in part via The New England Conservatory’s Entrepreneurial Musicianship Alumni Grant. Other funding support comes from Adobe and Markel Corp.