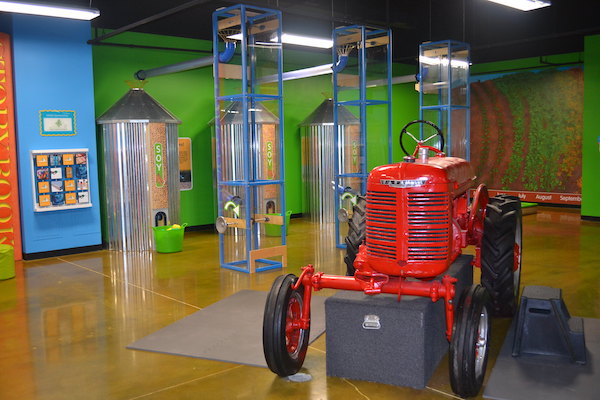 The Children’s Museum of Richmond will close another satellite facility to save cash as it navigates the coronavirus pandemic.

The museum announced Thursday it will leave Short Pump Town Center by the end of the month, capping a decade-long presence in Henrico County. The move comes as a cost-cutting measure as the museum awaits the reopening of its flagship location in the city.

The museum permanently closed its Fredericksburg satellite facility in June due to the pandemic.

The nonprofit said the Short Pump facility’s size and distance from the museum’s main facility put it on the chopping block, while salvaging the museum’s Chesterfield County satellite.

“Our Short Pump location was limited in space and the proximity to our Downtown location — about 11 miles or so straight down Broad Street (as opposed to 20 miles to Chesterfield),” Executive Director Danielle Ripperton said in an email Thursday.

Though other museums in the area have reopened, the Children’s Museum has stayed closed since mid-March due to public health guidelines that prohibit interactive exhibits — a major feature of the museum. In the meantime, CMOR has launched virtual at-home programming. The flagship facility hosts YWCA children’s education classes and is open to birthday parties.

With the Short Pump location out of the equation, the museum will have two remaining sites — its main facility at 2626 W. Broad St. in Richmond and its last remaining satellite outpost at 6629 Lake Harbour Drive in Chesterfield.

The exhibits at Short Pump will be moved to other museum facilities. The Short Pump facility’s manager has taken another role in the organization.

CMOR reported total revenues of $3.6 million and total expenses of $3.9 million in fiscal year 2018, according to tax filings.

I’ve always wondered about the satellite strategy, I’d be curious to see the numbers on Chesterfield.