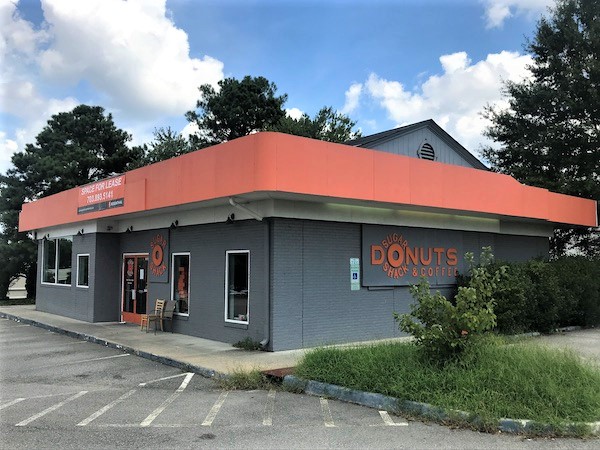 Sugar Shack’s Parham location is now listed as available for lease. The shop was not open for business this week. (Photos by Mike Platania)

The Sugar Shack Donuts location at 1501 N. Parham Road has closed down after about five years in business.

Its building, located in an outparcel of the Ridge Shopping Center, was recently listed as available for lease by NoVa-based Rosenthal Properties, and the Parham store is no longer listed on Sugar Shack’s website.

Sugar Shack owner Ian Kelley was not available for comment by press time.

Kelley started Sugar Shack in 2013 with a location in the city’s Carver neighborhood. It eventually expanded to nearly a dozen stores throughout the Richmond region and the rest of Virginia.

But it began to downsize over the last year, including the closure of its Charlottesville and Virginia Beach shops in 2019. It now has two locations, per its website: its flagship shop on North Lombardy in Carver and a Chesterfield location on Huguenot.

A rendering of the new Dunkin’ on 7701 Brook Road. (Courtesy CBRE)

It’s building from scratch a new 2,500-square-foot store that will be part of a 6,200-square-foot retail development called Brook Commons. 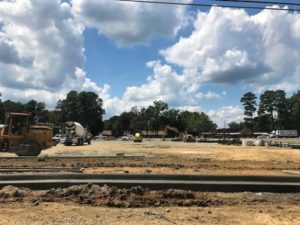 Dunkin’ is preparing to go vertical along Brook Road with a new location.

Chattanooga, Tennessee-based Berry Construction is developing the project after buying the 1.4-acre site in 2017 for $337,000, per county property records. Berry representatives weren’t available for comment by press time.

Site work is underway, and the building is expected to be delivered in the third quarter of 2020, according to a marketing flyer from CBRE. Susan Jones, the brokerage’s senior vice president, has the listing on the remaining space.

In June, Dunkin’ closed its Carytown location at 11 S. Nansemond St., though it is looking for a new space in the neighborhood that has a drive-through option.

sugar shack is a case study in how to ruin a good business. They started out with quality, and did well. Then they changed to an awful vegan recipe (I don’t care that it was vegan, I care it was awful) and slighted quality control.

And the business died. No surprise

That stuff on social media did not help, ether.