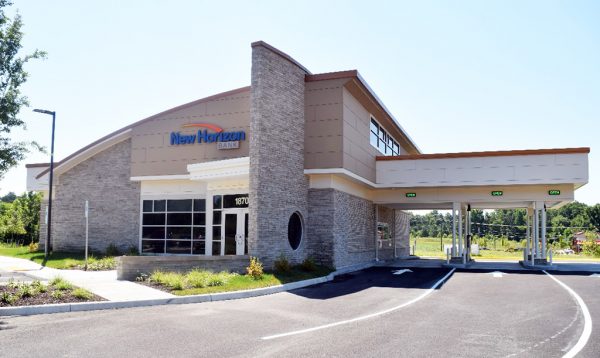 A small local bank’s bid to be absorbed by a group out of New York is nearing completion.

“As of Aug. 11, 2020, the transaction continues to move forward,” the $95 million bank said in a post on its website. “A legal disclosure by the acquirer must be re-published which will push the closing to at least September.”

New Horizon Bank also announced that the deal was approved by its shareholders during a vote last month. It still awaits regulatory approval.

First announced in January with little detail, the deal calls for CSBH to pay $25.50 in cash per share of New Horizon stock. The bank has around 450,000 shares outstanding, which pegs the value of the deal at around $11.5 million.

New Horizon is a publicly owned stock company but its shares are not listed on any stock exchange, meaning it is not bound to file the same easily accessible public documents that its peers typically file with the SEC.

CSBH also has offered scant detail about its plans for the small rural bank.

Its principal, Doug Mitchell, is attached to an entity called Clear Street Bank, though he previously said the company plans to maintain the New Horizon brand and its presence in Powhatan.

The company also plans to pump up New Horizon with additional capital to allow it to expand its operations further out into the Richmond region.

Mitchell, who will take over as CEO after the deal, didn’t respond to a call and email last week.

Mitchell most recently was president and CEO from 2013 until 2018 of County First Bank, a small institution in La Plata, Maryland that was acquired by Community Bank of the Chesapeake. He also had stints through the years with M&T Bank, Chevy Chase Bank and SunTrust.

Mitchell will replace current New Horizon CEO Brian Grizzard, who will stay on as head of the bank’s commercial lending group.