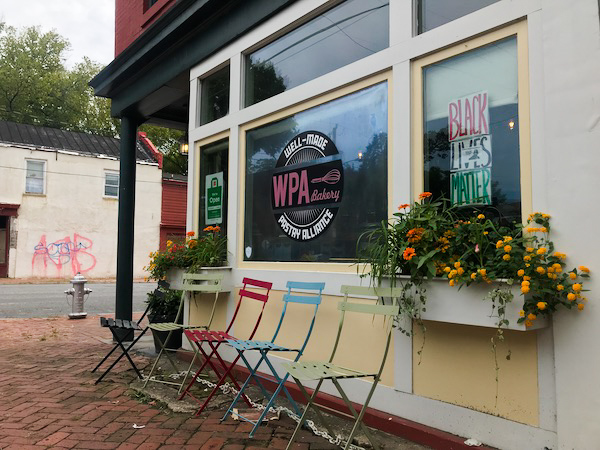 A Church Hill bakery is closing after eight years in the neighborhood, but its storefront won’t be vacant for long.

Two of WPA’s employees, sisters Jessie Williams and Jackie Holsinger, will be taking over the space to open a similar concept: JJ’s Makery.

David Rohrer opened WPA in Church Hill in 2012 along with local restaurateur Kendra Feather, who owns Laura Lee’s, Garnett’s Café and, until recently, Ipanema Cafe. Rohrer eventually bought Feather out of the business and opened the Forest Hill WPA in 2016. 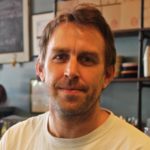 Rohrer said a PPP loan helped him keep both locations afloat through the spring and summer after the pandemic’s reverberations reduced WPA’s revenue by about 30 to 40 percent early on. He said revenue has since rebounded, but he felt it was the right time to cut down to one location.

“When I made the decision, it was like a weight was lifted off my back,” Rohrer said. “I needed to consolidate into one location to help focus and be more viable. As far as which location, the Southside one is a lot bigger and has room to grow.”

WPA in Church Hill will wind down in late September, and Rohrer said the change will allow him to expand hours at the Forest Hill location.

Before opening WPA with Feather, Rohrer worked for her at Ipanema in the early 2000s. Now, 20 years later, he’s similarly handing off WPA’s space to two of his staffers in Williams and Holsinger to start JJ’s Makery.

“I like the idea of helping your employees out. I liked the idea of passing it on to them,” he said. “As employees at a bakery, there’s not much room for advancement.”

Williams has more than 15 years’ experience at local bakeries, having worked at the likes of Pearl’s Bake Shoppe and The Mixing Bowl Bakery before landing at WPA a few years ago. Holsinger joined WPA about a year ago.

“David told us he was thinking of closing Church Hill and my hand shot up in the air,” she said, laughing. “It kind of fell in our laps a little bit.”

There was no sale of the WPA business or lease, Williams and Rohrer said. Instead, JJ’s Makery is negotiating a new lease with the building’s landlord, Karen Kellman of The Edison Co.

Williams said she’s already got a bunch of recipes ready for the new spot. JJ’s will offer pastries, muffins, pies, cookies and other baked goods in the mornings, along with quiches and coffee. Williams said they’ll also have vegan options and rotating specials. 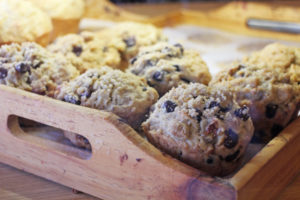 Some of the baked goods sold at WPA. (BizSense file photo)

“Anyone who was used to going to WPA will definitely be able to find something at our place,” she said.

The sisters are walking into a turnkey space and are planning to purchase WPA’s baking equipment and other hardware. Williams said they’ll spend most of October cleaning and redecorating the space as they aim to open at the end of that month.

The duo has launched a $20,000 GoFundMe campaign to help cover startup costs, but Williams said they’ll be fine even if they don’t reach their crowdfunding goal.

Meanwhile, across the street from WPA in Church Hill, one of the neighborhood’s longtime dining spots has an unclear future.

I hate to see this. I went to the Church Hill location a lot when they first opened. They always had unique offerings. I also love all the desserts they make for Garnett’s. For a while you could even get them at the VMFA. Hopefully they can keep things going at the other location. They could do a lot more business in Forest Hill if they put another employee in there. That one poor guy does it all. It makes no sense to me to have only one person to take phone orders, counter orders, make the coffee drinks, fix… Read more »