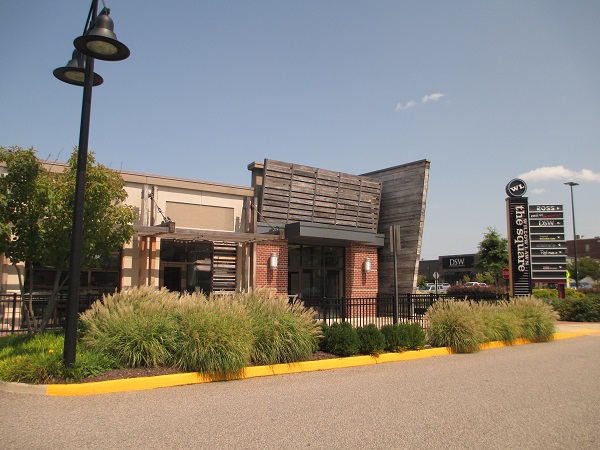 An IHOP will open at Willow Lawn Shopping Center later this year. It will be the breakfast chain’s eighth store in the Richmond region. (Photos by Jonathan Spiers)

A West End mall is hoping the third time’s the charm for a restaurant space that’s set to start serving up pancakes.

Willow Lawn announced Thursday that IHOP will open a new location at the mall later this year. The pancake house will occupy the former location of SaltBox Oyster Co. and will be the third restaurant in about five years to be located at the 4,000-square-foot corner space, which is on the mall’s east side between European Wax and Alpha Comics. 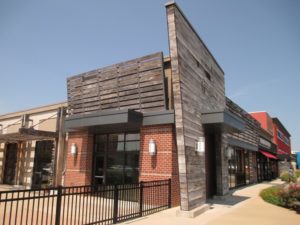 The upcoming IHOP at Willow Lawn Shopping Center will be the third restaurant in about five years to occupy its space, which was previously occupied by SaltBox Oyster Co.

The restaurant will have seating for about 180 customers, with indoor seating for 150 people and a patio space that can accommodate another 32 people. IHOP will hire 60 people to staff the restaurant, according to a news release from the mall.

The restaurant plans to operate 6 a.m. to 11 p.m. daily, though it could decide to be open 24 hours a day on Fridays and Saturdays if the demand is there, the release said.

IHOP didn’t respond to a request for further comment Thursday.

SaltBox shuttered in late July, a year and a half after it opened, due to business disruptions caused by the coronavirus pandemic, the Richmond Times-Dispatch reported earlier this month. Prior to SaltBox, celebrity chef Bryan Voltaggio’s Family Meal brand occupied the newly-constructed space from March 2015 to August 2016.

The Willow Lawn IHOP will be the breakfast chain’s eighth location in the Richmond area, according to its website. There are about 1,800 IHOP restaurants in the United States.

Dine Brands Global, the California-based parent company of IHOP and Applebee’s, posted a net loss of $134.8 million in the second quarter of 2020, compared to $21.4 million in net income for the same period last year.

The announcement of IHOP’s pending arrival comes amid several other moves at Willow Lawn.

Chase Bank is building a new branch at 5205 W. Broad St., which is expected to open before the year is out. SimpliSafe, a company that produces self-installed security systems, has claimed 60,000 square feet of the shopping center’s former Miller & Rhoads building on Willow Lawn Drive, and intends to invest $5.5 million to create a national call center. D.C.-based pizza chain &pizza also plans to open at Willow Lawn.

Finally…food for the people instead of the hipsters