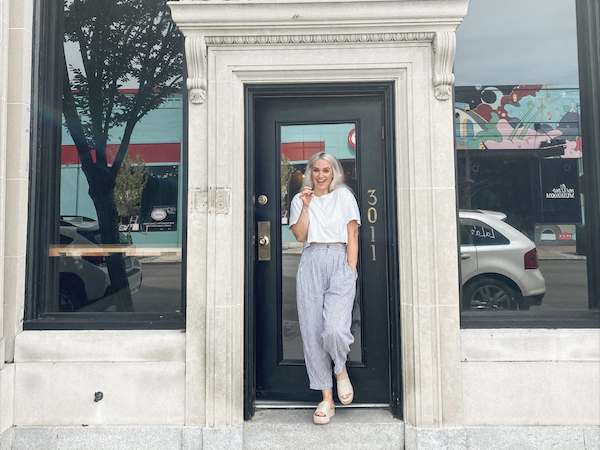 A women’s clothing retailer is expanding beyond the Blue Ridge Mountains into the River City.

BitterSweet Boutique plans to open a Carytown store at 3011 W. Cary St. in October. Owner Paula Pekic is betting Richmond will be fertile ground for her company’s focus on trendy, bohemian fashion pieces aimed at college-aged and young professional women.

BitterSweet, which opened its first store in Charlottesville in 2001, also has locations in Lynchburg and Roanoke.

“We were looking for a fourth location,” Pekic said. “I really felt with our style of clothing, Richmond made sense,” noting she had also considered a D.C. store.

The company aims to set itself apart from competitors with its recently launched in-house clothing line, as well as its selection of brands. The company sells tops, bottoms, jeans, outerwear and dresses, and most items are under $100. It also sells shoes, accessories and swimwear.

In addition to its own clothing line, called Rozely, Bittersweet carries items by brands such as Brixton, Saltwater Luxe and Gentlefawn.

“We looked at other stores, and we wanted to make sure we offer something different,” Pekic said. “It’s California-based with a New York accent.”

BitterSweet signed a lease for the 2,000-square-foot space previously occupied by Brick & Mortar, a clothing store and coffee shop that was an early casualty of the coronavirus pandemic.

Pekic plans to hire five or six employees. She said that number could increase in the future.

Pekic, who recently relocated to Richmond from Roanoke to help shepherd along the Carytown store, expects to bring her company’s internship program to Richmond.

She seems like a nice person and I wish her well. As a Carytown resident, however, I can tell you the “mostly peaceful” protesters are still attacking businesses free from any consequences. They hit the Capital One Cafe Wednesday Night and there is undoubtedly much more to come.

There will undoubtedly be more looting after the election

Carytown is a ghost town after dark. There is still an undertone of fear and a feeling of lack of support from the administration, whether people want to admit it or not.

There is a perception of crime and unrest right now in Carytown. I believe it is a safe place but I have a lot of friends and relatives who disagree.