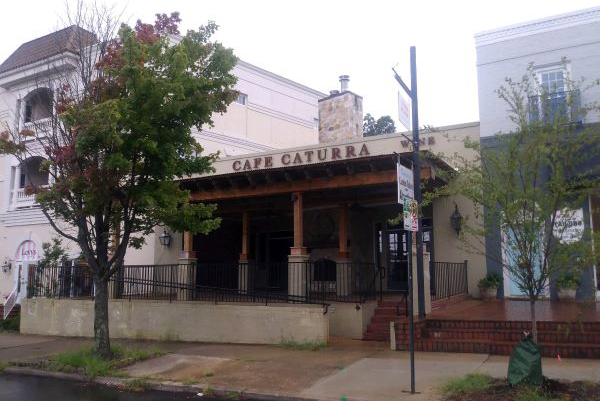 A West End restaurant is among the latest coronavirus business casualties.

“Going into COVID, business was OK. But it wasn’t great,” Slotnick said. “I felt I’d have to completely rebrand to have a shot (and) I felt that wouldn’t be a good investment at this time.”

Among the challenges was the restaurant’s bar setup, which didn’t lend itself to distanced indoor dining, he said.

The restaurant temporarily closed in March per public health guidelines and remained closed until the decision was made to close for good.

Caturra first opened as Cafe Caturra in 2007. Slotnick was originally an investor who later came to own the restaurant about eight years ago.

There were other Caturra locations in Charlottesville and Midlothian over the years as well, which have also since shut down. The Midlothian location was recently taken over by a local restaurateur for his fourth Mexican eatery.

Caturra’s exit also creates another hole in the Grove Avenue commercial strip, which has seen several businesses leave in recent months. La Grande Dame closed its doors, and the nearby Starbucks also shuttered.

Approximately 9,000 deaths nationwide — in a nation of 330 million people — are directly attributable to Covid-19 (9,001 if you include Café Caturra). This, according to the latest CDC report.

How’s that lockdown workin’ out for y’all?!

Your death toll is 180K+ short and we are hardly locked down.

It’s not Qanon garbage. Go to the CDC website, and you will see that they quietly updated their numbers. Only 6% of the 180,000 died BECAUSE of Covid only. The remaining 94% died with comorbidities and/or died of other causes as well. But you won’t hear this on the MSM, because it doesn’t fit the Democrats’ agenda of ridiculous mask mandates and lockdowns. It’s past time to open schools and businesses. What is clearly going on now is tyranny. Even IF the death rate had been at 180,000, that’s no cause to lockdown a country of over 330 million people.… Read more »

https://www.cdc.gov/nchs/nvss/vsrr/covid19/index.htm CDC Total Deaths involving Corona = 171,787. Check your own facts. You’re trying to pull out numbers in order to make your point and match your narrative that denies the facts. I actually do know people who have died of covid, and are sick from it. I also run a small business, and know the massive impact of shutdowns, but I also have common sense and know that if we all work together and wear masks and socially distance we can help slow this down and wait for a vaccine (crossing fingers). This first thing you’ve got to do… Read more »

Following your logic. I ask you to stop wearing your seat belt from now on. Statistics be damned. It’s ok, you’ll be fine without your seatbelt. Yer good… Fact Check: in 2018 there were 36,560 motor vehicle fatalities. This is far lower than 180k covid-19 deaths (Only since March 2020). So again, with your logic please help us prove your point by not bothering with seat belts or masks. https://crashstats.nhtsa.dot.gov/Api/Public/ViewPublication/812826

I live in the city of Richmond.. I do not know of a single person, not one, who has Covid 19. It’s a real thing, and some have died, but the media hype and government overreach have cost people their livlihood and their freedom. It has destroyed small businesses. The mask mandates make it hard for businesses and customers to get along. Let’s try to use more common sense. And btw, all workers are essential!

So if “all workers are essential!” you must support a living wage, provide PPE and also provide access to health insurance?