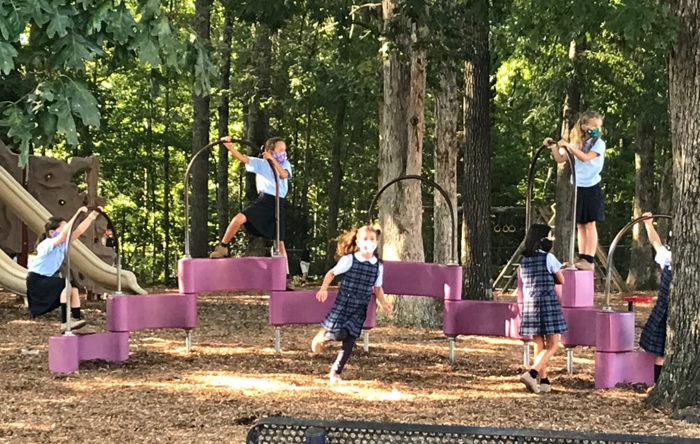 As the pandemic lingers, some Richmond-area parents are socially distancing their children from public schools in a trend that — at least temporarily — is creating more interest in private schools.

A number of Richmond-area private schools, many of which have committed to hold in-person classes, are reporting an uptick in applications in recent months since public schools began making moves toward virtual-only classes.

The Catholic Diocese of Richmond has seen an average enrollment increase of 8 percent to about 2,500 students across its eight Richmond-area schools, said Deborah Cox, communications director. She said those schools, including Saint Bridget Catholic School, St. Edward-Epiphany Catholic School and Saint Mary’s Catholic School, have seen a significant increase in inquiries and applications this summer compared to last year.

“Our Office of Catholic Schools has received inquiries from parents inquiring about enrolling their children in our schools when we provided the option for in-person instruction,” Cox said in an email. “While it’s difficult to provide an estimate, what we can say is our schools are not ‘full,’ but some of our schools have reached capacity as required for appropriate social distancing in the classroom.”

The school’s admissions director estimates that about 75 percent of the new interest came after Henrico County Public Schools announced its plans for the fall, Botha said. Saint Mary’s enrollment is up 6.2 percent year-over-year with 409 students expected for the fall from 356 in 2019, and the school is at full capacity after implementing a 20-student limit for classes.

At St. Christopher’s School, applications shot up 27 percent year-over-year, said Hamill Jones, director of admissions and financial aid. Enrollment only increased by 10 students from 958 to 968 since the pandemic, but Jones said the stark increase in applications led to fierce competition for the final spots. Most grades are completely filled with wait pools, he added. 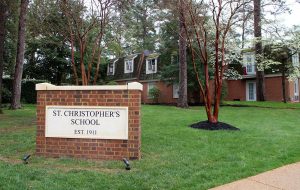 Hanover County Public Schools opted in mid-July to give parents the choice to enroll students in-person five days a week or virtually, and about 36 percent chose the latter, according to enrollment data from spokesman Chris Whitley. The choice is binding through the first semester.
Fewer parents opted to keep elementary schoolers home for virtual classes than for middle and high schoolers, as the data show the percent of Hanover students learning online is 31.6, 41.4 and 37, respectively.

Hanover had 187 fewer students as of Aug. 11 than it did on Feb. 24, as enrollment across its 24 schools fell to 17,398 from 17,585. Whitley said he couldn’t speculate on what was behind the change, citing many variables that affect enrollment each year. He added that 131 teachers left the county since last September, with 31 retiring, compared to 125 departures and 21 retirements in the prior-year period.

Henrico County Public Schools, which will conduct school primarily online for the first nine
weeks, is expecting fewer students than normal, due at least in part to the pandemic, said Andy Jenks, chief of communications and community engagement. He added that enrollment numbers constantly change in August and September, so he couldn’t specify an exact drop.

Meanwhile, Richmond Public Schools haven’t seen an exodus of students despite a move to virtual learning this fall, said Matthew Stanley, director of advocacy and outreach. Enrollment is expected to be about 24,000 K-12 students, which is relatively similar to past years, Stanley said.

A few students left Richmond Public Schools for private school or home schooling, Stanley said, adding that some private school students have switched to public schools away from in-person instruction. From June 1 to Aug. 17, 122 teachers in the district resigned, including 30 retirees. Stanley said 16 of those retirements came early, and three were a result of the decision to move to virtual learning. 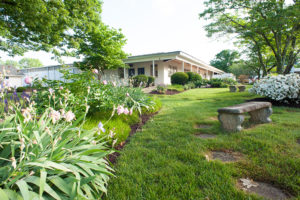 The campus garden at Blessed Sacrament.

CCPS enrollment is down about 1,000 students from March with 1,500 fewer kindergarteners enrolled for the fall than expected, spokesman Tim Bullis said in an email. He said junior kindergarten through grade 12 enrollment totaled 60,398 as of mid-August.

Some kindergarteners may be registering late since the county didn’t have a formal registration day, Bullis said, acknowledging that some parents may choose to send their child a year later. He said the drop in non-kindergarten enrollment could be from parents choosing other schools or moving from the area for financial reasons.

CCPS processed more employee resignations in June and July compared to 2019, Bullis said, adding that he wasn’t sure if the change was health concern-related, childcare-related or family situation-related, like if teachers moved for a spouse’s job change.

Parker Jones, 12, is leaving CCPS and will attend Guardian Christian Academy at 6851 Courthouse Road in-person this fall. She’s looking forward to her new school, said her mother Sarah, adding that the switch is likely permanent.

Sarah said the decision to move her seventh grader from Swift Creek Middle School’s Center Based Gifted program in Midlothian came after she said she didn’t feel heard or considered by CCPS. She and her husband, Greg, work full-time, and while Parker is old enough to stay home by herself for virtual classes, they didn’t want her to.

Sarah said she has safety concerns because of the pandemic, adding that her daughter will wear a mask and get her temperature checked daily at school. Her daughter will be in class with six or seven others, Sarah said, and she’ll have an opportunity to play volleyball instead of staying at home.

“We really felt like the virtual was just not going to be a good choice,” Sarah said. “So, when we heard that that was probable for this year, we decided to seek out a way for us to get around that. And it seemed that the private school option was the best.”

In June, Professor Russell Viner, president of the Royal College of Paediatricians, told the Sunday Times (London) there was an “incredibly low” risk of kids getting the virus when they return to the classroom. He said: “Children are at incredibly low risk from Covid-19. The risk to a healthy child of catching the virus from attending school is almost zero.” And this (from the British Medical Journal): “Children and young people comprise only 1-2% of cases of coronavirus disease 2019 (covid-19) worldwide. In contrast to other respiratory viruses, children seem to have a lower risk of infection than adults, and… Read more »

When October flu season rolls around combined with all these kids being around each other inside etc. it will spread and all the private schools will be closed too. Then you will be paying thousands for virtual learning. Just look at the colleges now. Kids may not show symptoms, but they are carriers and bring it back to their families. Not to mention new studies showing that it can cause other issues for children even if they do not appear to be sick. These private schools are just looking to make money while they can.

Our kids are in private school, but I can assure you that if a choice is made to go full virtual, we will stop paying. We will homeschool instead or start a learning pod and find a way to make it work.
We will not “pay thousands for virtual learning”