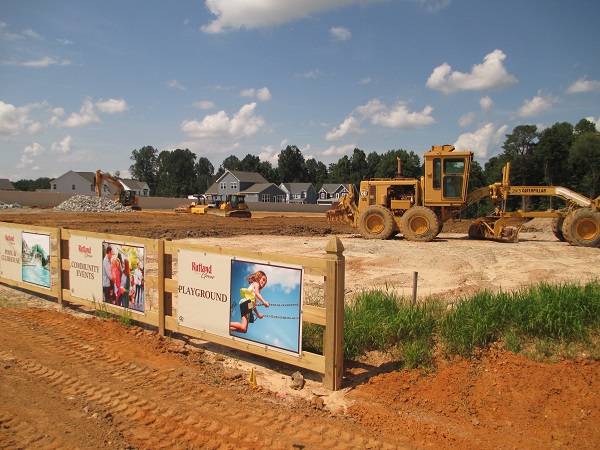 A busy area homebuilder is getting busier with a 115-home subdivision in Hanover’s Atlee area and a second builder is pitching in.

HHHunt’s Rutland Grove community has begun taking shape along Chamberlayne Avenue south of New Ashcake Road two years after it acquired the site. The $12 million development includes houses by HHHunt Homes and Mechanicsville-based CraftMaster Homes, which is building 38 of the homes priced in the $400,000s.

HHHunt is developing the 48-acre site, which it purchased in 2018 for $4.39 million. The subdivision had originally been planned as part of Caldwell Park, a long-stalled development between the site and New Ashcake that is now moving forward with the addition of developer Larry Shaia.

Site work started in 2019 and the company is aiming for a four-year buildout, said Jonathan Ridout, vice president of real estate development for HHHunt Communities.

“It finally is coming together,” he said of Rutland Grove. “It took us a long time with some of the road improvements we had to do out there. We had to relocate some Verizon lines, so that slowed us down.” 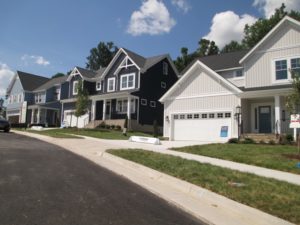 Some of the CraftMaster houses.

CraftMaster paid $127,000 for each of its lots, coming out to just over $4.82 million combined. Ridout said CraftMaster was brought on to add variety to the homes, which are being built in grouped sections.

“We wanted to have two builders in there…” Ridout said. HHHunt didn’t have to look far to find CraftMaster — its headquarters is located right across Chamberlayne from the site.

Ridout said Rutland Grove is being developed as part of its nearby Rutland community, which it developed a decade ago as one of Hanover County’s first mixed-use developments. The 202-acre community’s clubhouse and pool will be open to residents of Rutland Grove, which also will have its own amenities including a playground, walking trails, multiuse sports courts, and a fishing pier on a pond that’s on the site. 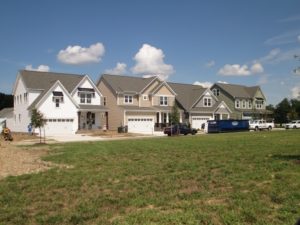 HHHunt’s 77 homes will average in price of about $400,000, while CraftMaster’s homes will average around $460,000. Ridout said 11 of HHHunt’s were under contract by late August, and CraftMaster had buyers in place for three of its homes. He said they anticipated the first sales to close this month.

In addition to the homes, the site includes a commercial section along Chamberlayne that Ridout said HHHunt is developing as two pad sites. He said the outparcels are ready for development but HHHunt has not received interest in them yet. He said he expects demand will pick up once more of the homes are built.

Rutland Grove adds to a sizable workload for HHHunt, which also has started construction on its Mosaic at West Creek development, a 508-home age-restricted community in Goochland County.

Construction is likewise underway at Wescott, a development near Brandermill planned for 480 townhomes, with 120 condos to be built by Ryan Homes. And new homes continue to be built at its River Mill community, planned to consist of 906 homes near Virginia Center Commons in Henrico County.

CraftMaster, meanwhile, is keeping busy in Hanover. It’s also building homes in Taylor Farm, where it has 54 lots, and Hickory Hill, a 277-home community being developed by Rogers-Chenault Inc.