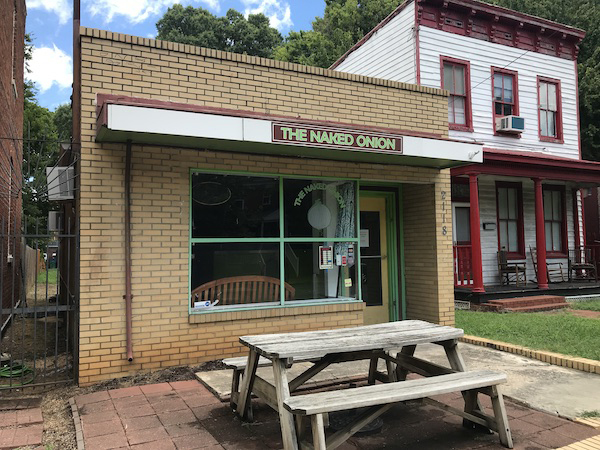 TBT El Gallo plans to open in the former Naked Onion space in October. El Gallo will offer tacos, tortas and other Mexican food out of its location in the Fan. (BizSense file photo)

TBT El Gallo, an upstart Mexican takeout concept, plans to take over the space in October. 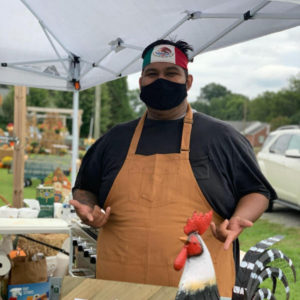 TBT refers to the restaurant’s mainstay menu items: tacos, burritos and tortas. El Gallo, which means the rooster in Spanish, is the family nickname of owner Carlos Ordaz-Nunez. He picked it up thanks to a particularly bad childhood haircut.

“Richmond still needs a (a place for) very traditional Mexican-inspired tacos,” he said.

Ordaz-Nunez is aiming for what he considers an affordable price range of $3 to $4 tacos, and other items coming in around $10, to entice Fan residents into making El Gallo their go-to for takeout and delivery.

“This is going to be a place for everyday tacos,” he said. “It’s not going to break the bank.”

The 27-year-old has been working in restaurants since he was 19. He grew up in Richmond and most recently lived in D.C. before he returned to town. 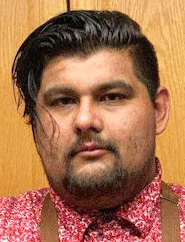 He started doing pop ups for TBT El Gallo around town earlier this month. He wants to complete 15 pop ups before opening day as a marketing strategy to drum up excitement and build name recognition. He might continue the pop ups once the restaurant opens.

Though Ordaz-Nunez is reworking the 700-square-foot spot to add his touch to what was left behind from Naked Onion’s departure, he won’t introduce dine-in service.

He plans to invest $20,000 into the space for new equipment and renovations. King William-based Chef’s Choice Restaurant Repair Inc. is doing the electrical work. A family member is the contractor.

El Gallo comes to the neighborhood as the economic disruptions of the coronavirus pandemic pick off other local eateries. Metro Bar & Grill has permanently closed, and Lamplighter Coffee Roasters has pulled the plug on its Fan location. Another Fan newcomer is Ever Better Coffee Co., which plans to also open in October.

It sounds great, I hope they are authentic.
currently El Chido is pretty much it for good tacos in Richmond, it would be nice to have a more convenient place

Who would down vote that?

I hope you swing by a Pop-upevent, Charles when we’re open, I’ll love to have you check out the food.

Plenty of great taquerias in Richmond or very close that are good. Chico is only one.

I disagree I fear. Though Tacos El Mexico on J. Davis is also good. But none are great, like say Veracruz in Austin

Wish them all the best. Look forward to trying them out.

no te preocupes amo los nopales,
I’m definitely having a taco de nopales on the menu, I’m also planning on using them in a salad as well

I live nearby and I’m a regular customer at Little Mexico, right down the street. Their food seems a little generic and Americanized. I am looking forward to trying TBT!