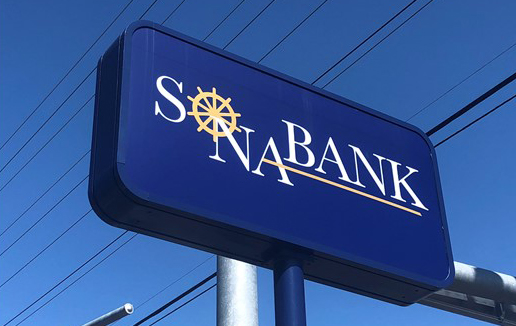 As its new CEO continues to settle in as best he can in the midst of a pandemic, a local bank has padded its coffers with a little extra cushion while also paring back its branch count outside of Richmond.

CEO Dennis Zember, who took the helm of the Henrico-based bank and its McLean-based parent company in February, said the debt offering will add to Sonabank’s capital base to allow it to be in position to capitalize on growth opportunities that may arise. 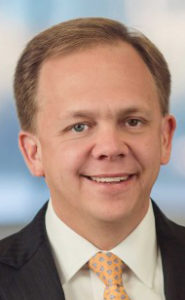 “We’re just looking out to the future at potential growth plans and opportunities that we see in the marketplace,” said Zember, who previously was president and CEO of Ameris Bancorp in Atlanta.

He said one potential area of growth would be to recruit commercial bankers from competitors, mostly in its existing markets.

“The amount that the phone is ringing with opportunities and ideas for us, I feel like we’re in a good place,” he said.

In July, Sonabank shut down three of its four dozen branches — in Rockville and Huntington, Maryland, and in Haymarket, Virginia.

Zember said the closures were a routine consolidation based on branch traffic compared with other nearby locations.

“In-branch traffic in all of the (three) branches up there was a little slower than we wanted to be,” he said.

Zember said the closures are not an indication that Sonabank is shifting any focus away from growth in the Northern Virginia/Maryland/Washington, D.C. market. The opposite is true, he said.

“There’s a lot of opportunity for our company there,” he said. “I love Richmond and that’s our home but from a banking perspective — and really where the phone is ringing — it’s in Northern and D.C.

Six months on the job, Zember said he’s doing his best to make the rounds throughout the company’s entire footprint and make his presence felt in an era of social distancing and change for the bank.

Zember not only replaced longtime local banker Joe Shearin just as the pandemic was taking hold; his arrival also coincided with the departure of Sonabank founders Georgia Derrico and Roderick Porter.

But there is one bright spot to the coronavirus’s lingering presence: his regular trips between Richmond and Northern Virginia are a lot faster than they would be in normal times.

“That’s one of the advantages of COVID,” he said. “I can get from my home in Richmond to McLean in an hour and 40 minutes.”