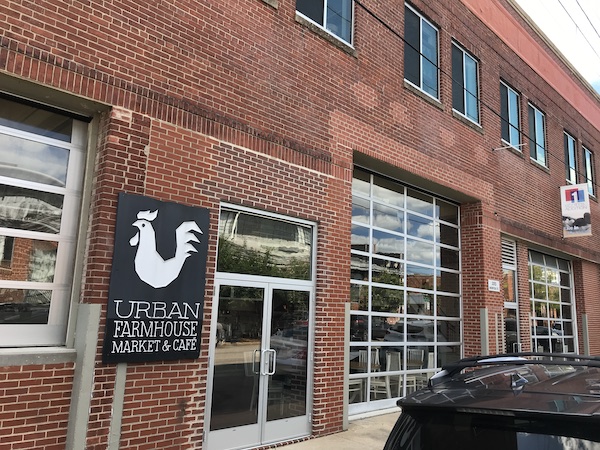 A local café-and-market chain has retreated from Scott’s Addition as it cuts costs amid the economic crisis caused by the pandemic.

Urban Farmhouse has shuttered its location at 3015 Norfolk St., capping off an almost six-year stint in the neighborhood. The homegrown brand is now down to two locations, one in Shockoe Slip and the other in Midlothian.

The chain, which had six shops in 2016, eliminated the 4,000-square-foot Scott’s Addition location as it seeks to come out on the other side of the coronavirus pandemic, owner Kathleen Richardson said.

“It didn’t make financial sense to stay there,” she said.

Urban Farmhouse reopened its Midlothian and Shockoe Slip spots in June and July, respectively. All three locations were temporarily closed in March due to the pandemic.

“It was a real challenge to rehire all the staff and we’re still working on that,” Richardson said.

Sales at the Midlothian location have started to pick up, she said, though sales are still well below where they were this time last year. The Shockoe Slip location has had a harder time because it relies on downtown office workers, many of whom continue to work from home, Richardson said.

“Office workers are a big factor in downtown,” she said.

Richardson said she intends to stick to pre-pandemic plans to expand to western Henrico County and create franchise opportunities, but both efforts are on the backburner for at least a year.

Over the next six months, Richardson plans to introduce an online marketplace, as well as some other business pivots that she declined to elaborate on but expects will help the brand pick up some steam.

A new tenant is being lined up for the Scott’s Addition space that Urban Farmhouse has closed, according to Louis Salomonsky, who owns the building along with business partner David White.

“We’re talking to some COVID-defensive potential tenants,” he said.

As Urban Farmhouse considers its next move, another local market chain, Stella’s Grocery, is making a play for the West End with an upcoming location in the Libbie-Grove corridor.

Good riddance those places are so poorly owned and managed. They constantly try to over expand even pre covid and shutter stores. Food is terrible and the service at the downtown location is bare minimum. Would be good to get a better coffee shop in their locations.

I’m amazed they lasted until the pandemic, let alone through it. The decor of these places is great. But they don’t deliver on food or value at all

Not a surprise. I had lunch there a few times and got take out. The prices were high, the food was really mediocre and the staff seemed preoccupied with each other and not the customers. Also, when I pay $250 for a coffee, I would like a Splenda and not be forced to only have choices of raw sugar or stevia. The space was what had me going back but even that was not enough of a draw after a while. I look forward to what goes in this spot next. It is a very cool building.