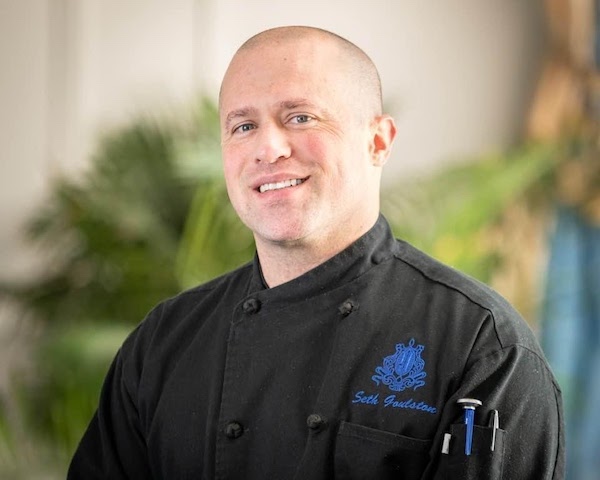 The ghost kitchen trend is popping up once again in Richmond.

Field to Fire, operating out of food-and-beverage incubator Hatch Kitchen RVA on the Southside, plans to launch Sunday with an inaugural popup event.

The concept is the brainchild of Seth Goulston, a sous chef at the Jefferson Hotel. The Field to Fire name is a reference to Goulston’s plans for the menu, which he said will have seasonal offerings sourced from small farms and vendors in Virginia and along the East Coast.

“Our goal is to utilize and capitalize on the bounty of the mid-Atlantic,” he said. “It’s going to go from their fields to my fire.”

With the coronavirus pandemic upending the restaurant industry, Goulston saw an opportunity to launch using the ghost kitchen model, which ditches traditional dining spaces in favor of cooking food in a commercial kitchen and then delivering to customers.

Goulston said the model also is a low-cost way to establish the foundations of the business and feel out the demand for the venture and build a following.

Field to Fire is part of a growing crop of local ghost kitchens.

The Massachusetts native has a soft spot for New England seafood. Field to Fire’s first popup event will feature a $25 lobster roll served with chips and a drink. One of the beverage options is Goulston’s take on sangria.

Though Field to Fire’s debut will be a preorder popup event at its Southside home base, Goulston plans to offer delivery service through third parties like UberEats and DoorDash by mid-October. He plans to sign on with a number of delivery providers, including local players, to increase visibility and his delivery coverage area.

Goulston expects Field to Fire to remain a side gig.

“I love the Jefferson. It’s independently owned and the people are great. The demand would have to be loud to make a full-time transition,” he said.