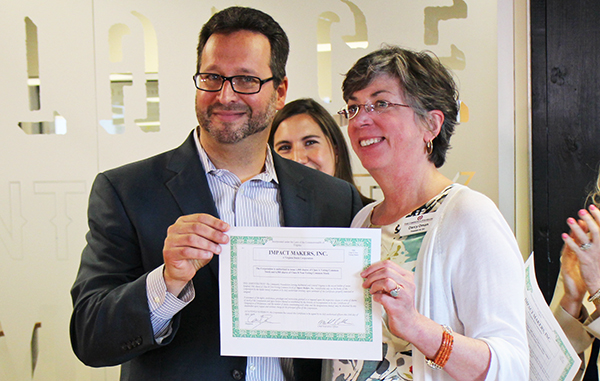 There’s a familiar face back at the helm of a prominent local IT firm.

Michael Pirron, who founded Impact Makers in 2006 and ran it until 2018, has returned to the Scott’s Addition-based company as its CEO.

His hiring coincides with the seating of a new slate of directors on the company’s board, which approached Pirron about retaking his position to help the company grow now that is has new services.

“It’s exciting,” Pirron said. “It was very sudden for both me and the employees.”

Pirron’s time away from the company included a stint in a VP role at Networking Technologies + Support in Midlothian, as well as a legal spat last year when he sued some members of the previous Impact Makers board and executive team. The lawsuit claimed Pirron was pushed out to help pave the way for an allegedly illegitimate sale of the company to another entity that Pirron claimed would have diminished Impact Makers’ philanthropic mission as a benefit corporation, or B-Corp.

The dispute was settled within weeks of its filing, and the terms included Pirron taking a role as a permanent director of Impact Makers’ holding company. 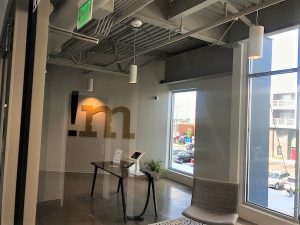 Despite the previous legal dustup, Pirron said there’s no bad blood between he and the previous executive team and board members, who were all replaced as their terms were up.

“The prior leadership has done a really good job over the last few years creating a new foundation of service offerings,” Pirron said, referencing things like data/analytics and security services that Impact Makers has added in recent years.

“What our board knows is that I know how to scale,” he said, noting that under his tutelage Impact Makers was a regular on the Inc. 5000 list of the fastest-growing private companies in America. “What I think the board said is look, ‘We have this great foundation and we want to scale again. Let’s (get) Michael, who’s uniquely qualified to do it,’” Pirron said.

Pirron successfully lobbied for a B-Corp designation in 2011. It calls for a company to donate its leftover profits to charity.

In 2015, Impact Maker donated its equity shares to The Community Foundation and Virginia Community Capital. Pirron said both those organizations still hold that equity.

Impact Makers is based out of the Symbol Mattress building in Scott’s Addition and has a staff of about 70.

“Impact Makers has changed and it’s been a while,” Pirron said. “Fifteen to 20 percent of the (employees) are people I’ve worked with or met before, so a lot of the people are all new. I get to lead a whole new company.”

Good to see you back at the helm Michael, your too young to retire anyway…Lee