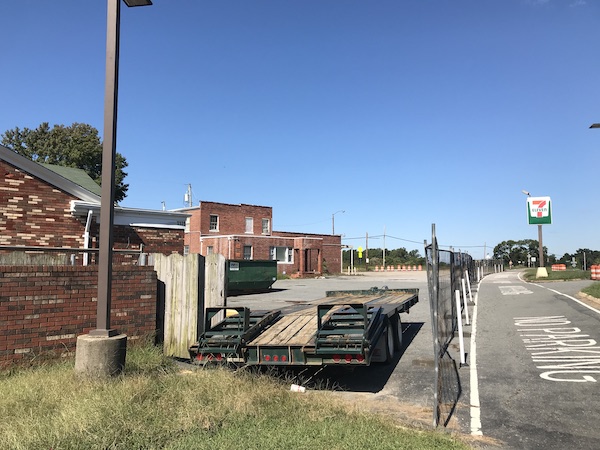 As the Virginia Capital Trail celebrates its fifth birthday, a frequently used commercial amenity along its path is celebrating its 50th year with a substantial makeover.

The 7-Eleven at 1125 New Market Road is about to be demolished to make way for a new 7-Eleven store and fueling station. The shop is located along the Virginia Capital Trail, which has been seeing a spike in usage during the pandemic. 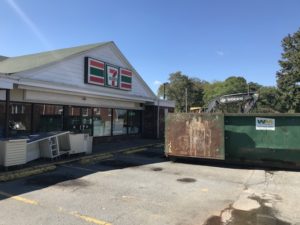 The 50-year-old shop is set to be razed.

Since the trail’s unveiling in October 2015, the New Market 7-Eleven has become a popular stopping point for runners and cyclists in need of calories and refreshment.

Now 7-Eleven corporate is preparing to raze the 50-year-old store along with a neighboring building at 6425 Osborne Turnpike, which was formerly home to True Professional Barber Shop.

7-Eleven filed plans with Henrico County earlier this year to build a new 3,000-square-foot store on the store’s site and an eight-pump fuel station on the former barbershop site. The Dallas-based chain bought both parcels for a combined $600,000 in 2016, per Henrico property records.

A drawing of the new store’s facade. (Courtesy county documents)

Demolition is about to begin, and a 7-Eleven spokesperson said the new shop is expected to be completed in February 2021.

Newly built 7-Elevens in the Richmond area have proven to be a valuable asset in recent months.

Over the summer, a pair of new 7-Elevens in South Richmond and in Henrico sold for a combined $12.1 million, a total of $10 million over their assessed values.

Japan the 711’s sell really nice fresh sushi and other ready made things which are pretty amazing would be good for the capital trail.

But I hope the new 711 seperates the Capital trail from it’s parking lot and builds a new sidewalk on Osborn Turnpike that can be extended in the future as a spur of the Capital Trail.