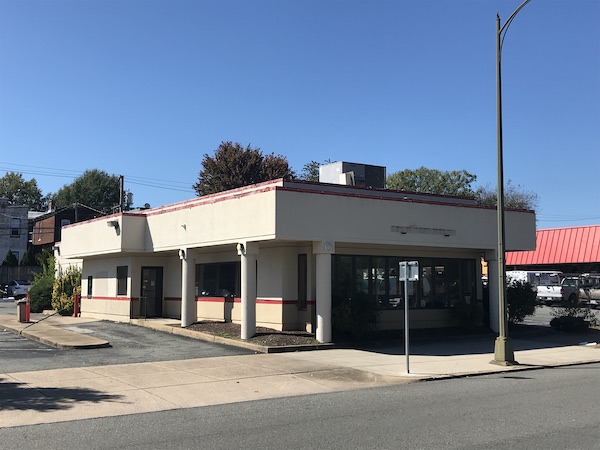 Formerly an Arby’s, 2309 W. Broad St. is now set to become a Starbucks after plans for a Zaxby’s to open there fell through. (Photo by Mike Platania)

After ditching their plans to sling chicken fingers from an old Arby’s building on West Broad Street, a local group is unloading a downtown property they’ve been sitting on for four years.

The long-planned Zaxby’s at 2309 W. Broad St., next to popular local joint Chicken Fiesta, has been scrapped. The site instead is under contract to be sold to Starbucks, which is planning a renovation of the building into a drive-thru location.

That’s according to Ryan Converse, who with Bryan Willis and James Cannon owns the local Zaxby’s franchise, through their CWC Food Services. The group in 2016 paid $1.7 million for the former Arby’s property, which sits on roughly a half-acre.

“That was our original intent, to do a Zaxby’s. But then the (Pulse) bus line going in there changed some of the business dynamics. Then the whole area started changing, more into that millennial, ‘walking, working and living,’” Converse said.

The deal with Starbucks is set to close in about a month, Converse said, for an unspecified amount. The building and an adjacent parking lot at 2305 W. Broad St., which is included in the deal, were most recently assessed at a combined $1.8 million, per city property records.

With the Broad Street location officially off the books, they’re now under contract to buy land in Colonial Heights for a new Zaxby’s.

He added that Starbucks will not be tearing down the old Arby’s building, which has sat vacant for years. Instead, the Seattle-based chain will remodel it.

Converse said the deal with Starbucks has been in the works for nearly all of 2020, and that a hang-up was getting the correct approvals from the city and nearby neighborhood associations.

“It was contingent on making sure the drive-thru was able to stay,” Converse said. “It was the strangest deal having to jump through all the jumps with the city.”

Attorney Andy Condlin of Roth Jackson represented Converse and his partners in getting the proper city approvals.

It’s unclear when the location will open. Starbucks did not respond to requests for comment by press time.

The location will be about a half-mile away from Starbucks’ spot at 400 N. Robinson St., which remains open.

Interesting. I’ve been wondering how Zaxby’s has been doing. I visited their location further down Broad twice, and I don’t really feel the need to go back. While I don’t wish them ill, it was pretty mediocre fast food chicken.

That seems like a very logical spot for a Starbucks. I wonder if the Robinson location days are numbered.

I wonder how that drive thru will work if it is only being remodeled. The joint parking/drive thru/Chicken Fiesta traffic shared parking area will make for some interesting moments.

If an established company with the help of sophisticated counsel has a tough time getting the city’s approval for an already-existing drive-thru, there’s no hope for small businesses in dealing with the mess at City Hall. Time for change, ASAP.

Also no mention of the drive-thru Starbucks location a half-mile away on Arthur Ashe Blvd.