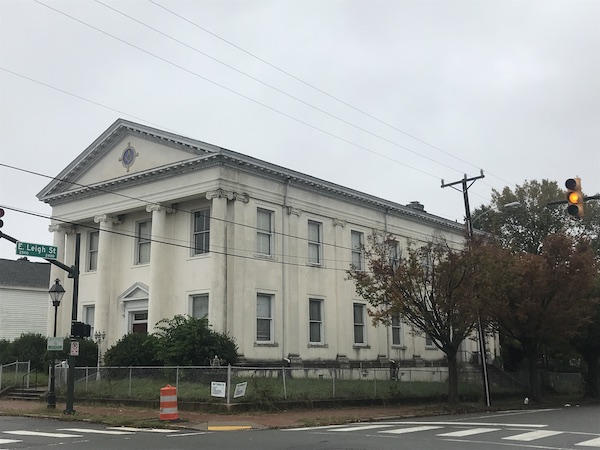 The former Richmond Association of Masonic Lodges building is set to be reborn as a brewery in Church Hill. (Photos by Mike Platania)

Church Hill is getting its first brewery.

Trapezium owner Dave McCormack said he purchased the 9,000-square-foot building last week for $950,000. McCormack said he’s been working out a deal for the 93-year-old property, which has been on the market for a few years, since summer 2019.

McCormack, who also owns Beale’s Beer in Bedford, Virginia, said the Church Hill outpost will be a bit different from a normal brewery, something he’s calling a “blendery.”

“It’s kind of a different concept. We’re getting into a lot more fruity beers, aged beers — stuff that doesn’t quite fit with the Petersburg Trapezium brand but it’s something that we’re having a lot of fun with exploring,” he said.

“It’s not really a building that lends itself to a brewhouse and all the typical trappings of a brewery,” he said of the old Masonic lodge. “It’s still a manufacturing spot for it. We’ll be doing the physical brewing offsite and then bringing it there for blending.”

The location will also serve some of Trapezium’s flagship beers, McCormack said, contrasted with the experimental beers, some of which might be aged in fruit tanks for over a year.

The concept, which McCormack said is being tentatively named “93 by Trapezium,” will span the building’s two stories and basement level: the first floor will house the taproom, the upstairs will be an event space, and the basement will house the beer blending operation.

McCormack, who also owns Petersburg-based Waukeshaw Development, said he’s long had his eye on the building, which was most recently assessed by the city at $1.16 million. He said the idea for an experimental brewery took off once he got inside to see the property.

“I did think it was a unique opportunity in a really cool corridor. In some ways, we tweaked the programming to the building and thought about what would work there,” McCormack said. “Then ideas kind of blossom like that. We got together with our brewers in the building and just kind of brainstormed the idea.”

The buildout will cost about $500,000. McCormack enlisted Haase Inc. to be the project’s general contractor and the Manchester-bound Cornerstone Architects as its designer.

McCormack said general renovations on the building will begin soon and before seeking a special-use permit to finish the brewery buildout. On an ideal timeline, the brewery would be able to open in the spring, he said. 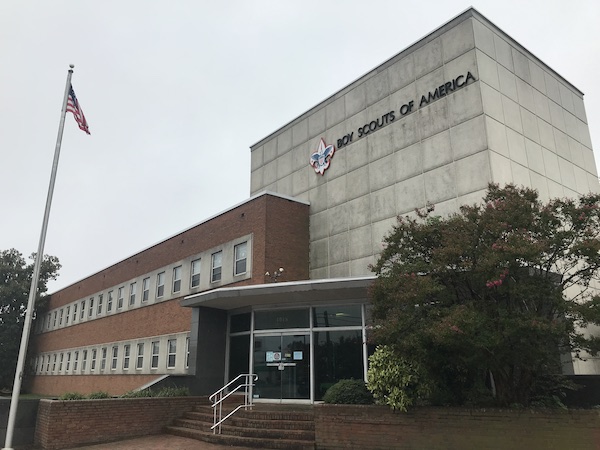 About a week before closing on the Church Hill building, McCormack’s Waukeshaw Development added another building to its holdings.

On Oct. 2, he purchased the Boy Scouts of America building at 4015 Fitzhugh Ave. for $1.55 million. The 66-year-old building was most recently assessed by the city at $1.58 million.

The 13,300-square-foot building is office space for the Boy Scouts. McCormack said he will seek one or two tenants to take it over after the nonprofit moves out in the spring.

McCormack said he’s got no plans to redevelop the Boy Scouts building and that he sees it as a good investment, based in part on the development happening around it, including Spy Rock Real Estate’s redevelopment of the UMFS campus on the other side of Broad Street.

“That building’s just beautiful. It feels like it’s in a very good location. It just seemed like a very good investment,” McCormack said.

Beale’s Beer, meanwhile, has been having a busy fall as well. McCormack said they’re preparing to break ground on Beale’s East in York County, and that he recently began distributing the brand’s beer to Northern Virginia, making it available all over the commonwealth.

Congrats to Dave and his team. Their vision and creativity are real assets to our marketplace. Can’t wait to see 25th St. come to life.

Dave has long been a purchaser of buildings in areas of no particular interest to others, and converting them into useful residences and commercial spaces. These two are disembarkments from that strategy of sorts, putting his ideas and energy in relatively hotter markets. I have no doubt that he’ll meet the challenge again. Hes a very smart guy.

Everything Dave touches seems to turn to gold. Kudos to him and his team for having the vision and pluck to make it happen.

Beale’s made my favorite beer of this year (Plumpricot), and I’m excited that this might mean it’ll be easier to find around here.