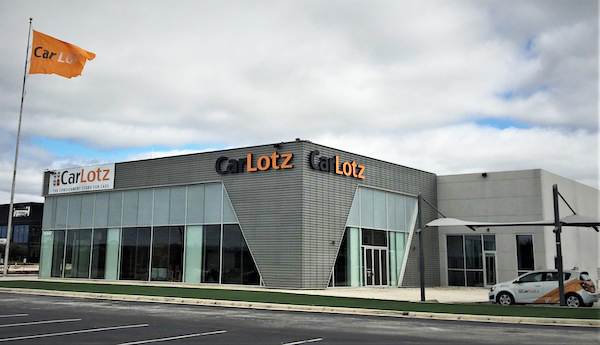 One of CarLotz’s newest locations is in San Antonio, Texas. (BizSense file photos)

CarLotz, the nearly 10-year-old Manchester-based vehicle consignment business, is preparing for a public stock listing on Nasdaq later this year in a deal that will fill its tank with more than $300 million in capital to fuel a nationwide expansion.

The firm, which currently has eight locations and online sales, is going public with the help of a special purpose acquisition company. SPACs are shell companies formed to pool capital through an IPO. They then sit on the cash, retain the public stock listing and find a private company to combine with.

The increasingly popular method of going public is seen as more expedient and efficient than the traditional IPO process. 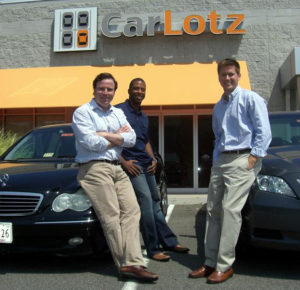 CarLotz, with the help of Deutsche Bank and Barclays, is being paired with Acamar Partners Acquisition Corp., a Miami, Florida-based SPAC that was formed in 2018 and went public with a $300 million IPO in 2019.

The combination is expected to close in the fourth quarter, at which time CarLotz will effectively take over Acamar’s public listing on Nasdaq with the new ticker symbol “LOTZ.” Bor said the discussions about a SPAC deal began several months ago and moved quickly.

Combined with Acamar’s existing capital pool and an additional $125 million coming from an investor group that includes former General Motors CEO Rick Wagoner, CarLotz expects to come out of the deal with $321 million to put toward its growth plan.

“Our plan is to add three to four locations per quarter over the next several years,” Bor said.

Its current stores consist of two in Richmond, and one each in Chesapeake, Greensboro, Charlotte, Tampa, Chicago and San Antonio.

CarLotz was founded on the idea of appealing to car owners who want to sell a used vehicle without the hassle of listing it on Craigslist or the financial hit of trading it in to a dealer. Sellers pay CarLotz an upfront fee of $299 to prep the vehicle and list it for sale. Once it’s sold, the company takes a $799 “success fee” from the proceeds, the rest of which go to the seller.

The company sold more than 6,000 vehicles last year and expects revenue of $110 million this year. It has 125 employees and has consistently been among the fastest growing in Richmond, in the state and nationally. It routinely has earned a spot on the Inc. 5000 and the RVA 25.

The deal with Acamar dwarfs CarLotz’s previous capital raises that total $35 million, the largest of which was $30 million in 2017.

CarLotz and Acamar announced the deal Thursday after it was reported by Reuters on Wednesday. Reuters noted that CarLotz would be the third U.S. car seller to go public this year, following Vroom and Shift Technologies. Carvana, a frontrunner of online vehicle sales, has seen its stock spike upward in recent months, making its founders billionaires.

CarLotz also will have a homegrown competitor in CarMax, the Goochland-based used car giant with 225 locations nationwide.

Bor said the SPAC deal is fueled at least in part by the demand from investors for used car companies trying to innovate within the massive industry. 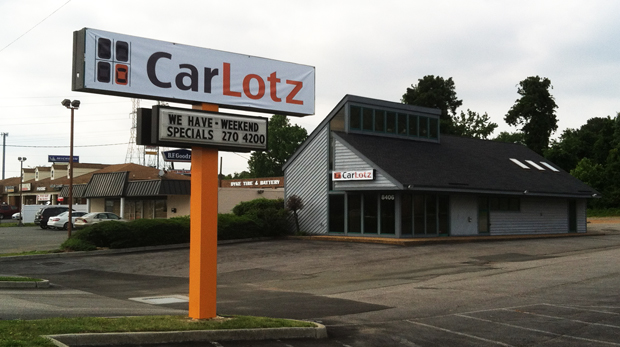 CarLotz’s original location on West Broad Street in Henrico, just prior to its opening in 2011.

“The used vehicle market is a trillion-dollar market. It’s very fragmented. The top 100 dealers only represent 6 percent of the market,” he said.

Bor, who will stay on as CEO of CarLotz once it goes public, said the deal is more about the capital raise than allowing early investors to cash out. The company said in an investor slideshow that 96 percent of its current stockholders will roll their shares over into the newly listed company, in exchange for a 5-year earn-out.

Nearly 10 years in, the Nasdaq listing is perhaps the most noteworthy mile marker reached by CarLotz and Bor, who left a career at Richmond-based investment banking giant Harris Williams & Co. to start the company in 2011 with co-founders Will Boland and Aaron Montgomery.

“I left Harris Williams with two ideas I wanted to chase. This was one of them,” Bor said. “This was an 80-page business plan 10 years ago.”

While that business plan may have eventually envisioned an IPO, Bor said getting to this point has left him somewhat speechless.

“I’m not even sure words can describe the process. It’s been the most thrilling and stressful and fun thing I’ve ever done,” Bor said. “This has been an absolute thrill ride and it’s kind of still in the first inning. Now we have to go and grow this business and turn it into a national brand.”

Montgomery and Boland left CarLotz last year and both remain members of its board of directors and are acting as advisers to the company, Bor said. Montgomery is now chief strategy officer at credit card startup Mission Lane, according to his LinkedIn page.

As for the second of Bor’s two business ideas from 10 years ago, he said he’s keeping that one locked in the trunk never to see the light of day.

“It’s embarrassingly bad,” he said with a chuckle.

Congratulations to a great group of people! I remembering selling a car with you ‘al when there was a single location (West Broad) and just the three of you plus an employee; it was an excellent experience. You have come a long way. Great job on pursuing your vision and working to make it happen. Best of luck in the future!

Great job Michael and Team! I remember that boat ride with you and a few others out of Rockett’s Landing before you launched your first location. We all knew this would be a huge success!